Here’s the thing: While the once rare species of travelbloggers exponentially grows (mostly) even without mating each other, their kids (aka blogs) tend to look more and more the same.

*putting on my business hat*

Since I intend to transform my own lil child into a steady income, I’m working full-time on ways how to serve you, my loyal readers (mum) and accidental passersby (hopefully not everyone else), better.

May I hence present you

a complete makeover of my website! I mean yeah, you’re here already seeing it. Just saying.

At the same time, I want to give it all a more personal touch. For you creepy stalkers and me to share at-first-not-so-wise travel-lessons. You see my friends, running from Jerusalem to Cyprus to Hamburg to Stockholm to Bali has potential for way more stories than what I actually can include in a witty instagram caption or a top 10 post. So, here we go – this is what July brought and taught!

Well, 2017 is far beyond half-time and this year’s personal goals re-written three times. December last year I was essentially a step from canceling all my plans to go to Israel, what then became my 6 months long home. I wasn’t really in a good place before for many reasons, the happier I am I decided to go.

But what exactly did I do? Guys, despite the load of instagrammable places I visited and the amount of hummus I indulged in (that shit is running through my veins forever) –

I worked, pretty much the entire time.

I volunteered in a hostel and got accommodation and food and trips in exchange. I built a proper base of my freelancing career and now have a couple of steady clients for whom I’m doing digital marketing, social media, blogging, copywriting etc. I did a ton of trips and made some actual friends (since the last half of 2016 I basically lived in a corporate office and dated my computer). I fell in love with the Middle East, the culture, the people, the food. 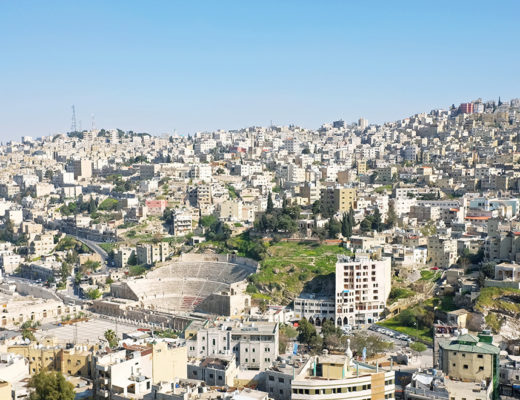 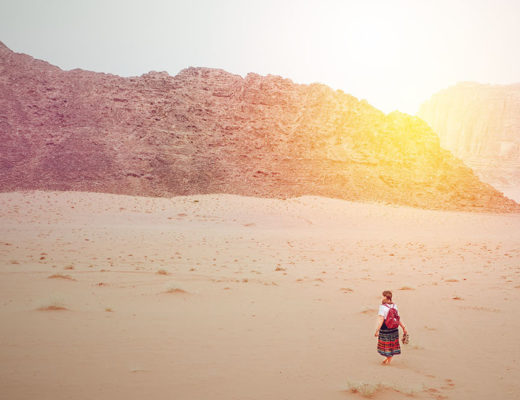 10 Days In Jordan, Or How I Had The Best Trip Without A Plan 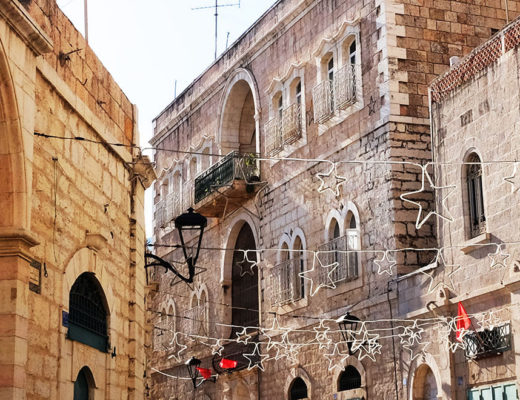 Then suddenly I was like holy shit, where did the last six months go. I mean sure, they physically manifested on my overloaded SD card and in endless diary pages full of scribbles, doodles, photos and business cards of places I liked.
But I feel that doesn’t even closely do justice to the time that now came to an end, and that makes me want to share something.

I whole-heartedly want to encourage you, wherever in this world you are, to take the leap, to step out of that freaking comfort zone, to trust that something good is going to happen if you give it a chance. Like I said, I wasn’t in a good place before and almost canceled the trip. A trip that was supposed to last 8 weeks, and turned into 6 months (obviously, nobody believed anymore I would when I said I was leaving eventually). Instead of what I feared might happen, like me being lonely and lost, I found so much more. Friendship, love, career, home, a lasting addiction of falafel and Pale Ale.

Guys n Gals, life is amazing if you embrace it. And because of that – I was finally taking a break after half a year of work to be offline and enjoy nature in Cyprus for the next week.

Social Media, I hate you.

Don’t get me wrong, it’s part of my job and connecting to like-minded people as easy as it is today is a wonderful thing. But at times I just get super stressed out (#notarobot) and wanna throw my phone into the corner. Since I don’t want to deal with cracked screens as well, I stick to throwing pillows. But still.

Time for timeout. I actually had booked that Cyprus ticket just as a back-up for the border control when re-entering Israel after my visa run, when I thought, why not. Adventure time! Booked a car, an airbnb (best deal ever), turned off my phone – eeeh can this just not end and my bank account’s numbers just freeze so I can do this forever? 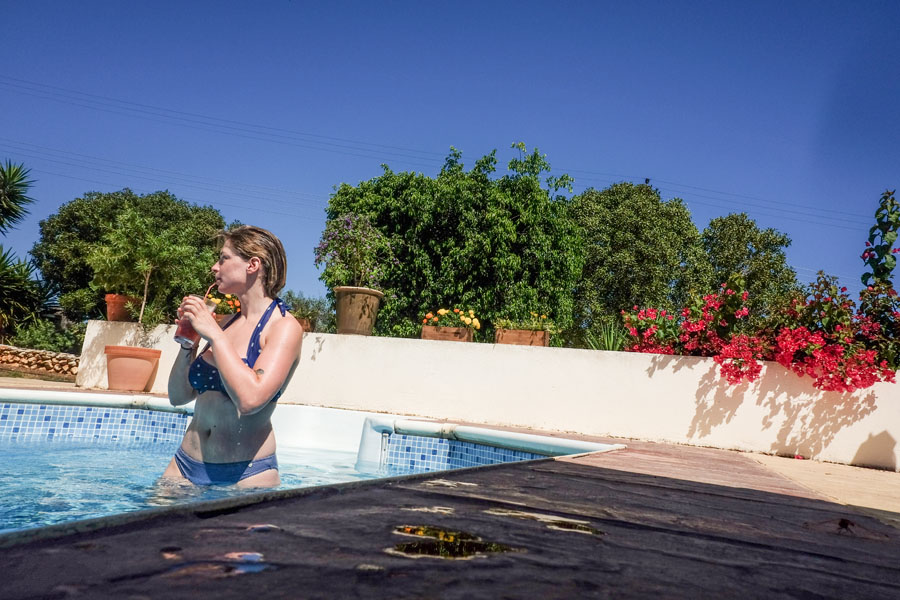 15€ a night for a room, breakfast and pool with a view #justsayin

I took time for the things I love, yay! Sure we all know we should do things for ourselves. Eat well, work out, smile always, blabla. But then comes cheesecake, Netflix, flight deals and one addictive facebook post after the other until it’s suddenly 5pm and you’re like, wait, why the hell am I still in my pj’s? 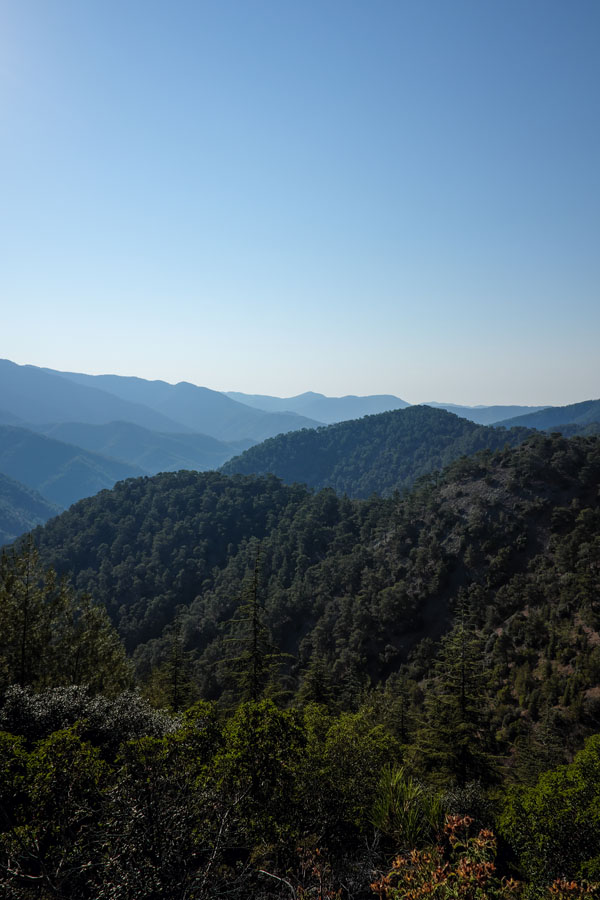 Looks nice n dreamy! While actually I was totally lost and my car about to break down and the next village 20km away and I desperately looked into the distance trying to calm tf down. 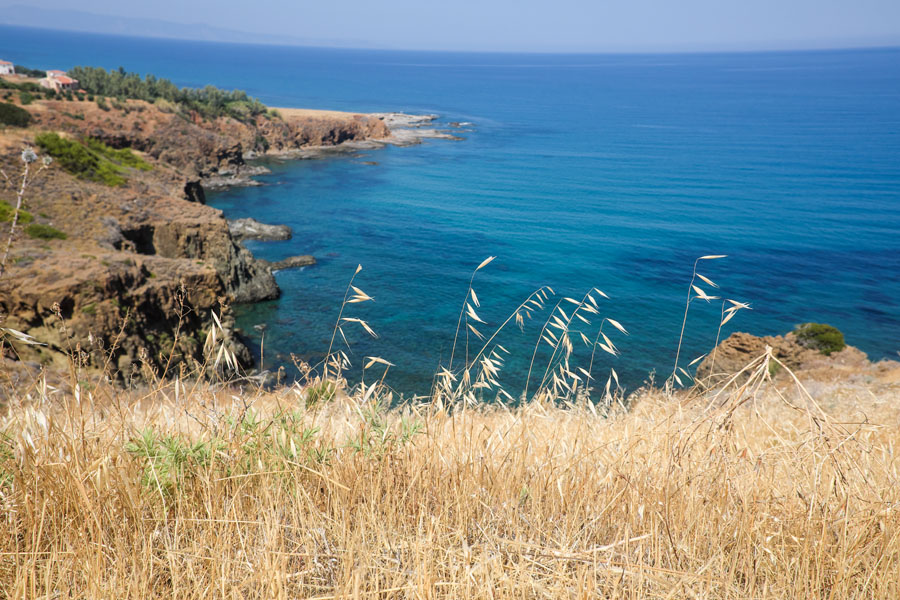 So I just drove around. I played guitar. I actually wrote an entire song! Not that I’m any good musician, but it was fun 🙂 I went hiking, I wrote texts, I ate out and cooked, I did yoga and watched sunsets. After a week I was well relaxed and ready to hit on work again, but I think: take such a week once a year! Connecting to yourself really is a thing.

Time to be home for a little. Mainly because I needed to handle stuff like doctor’s, insurances, licenses and IDs, family business and replacing all the clothes that were falling apart. Like, my favorite shirt had more holes than shirt was left.

I used the time well to re-do my blog (tadaaa again), see high-school friends and indulge in memories of teenage romances, kept my travel memories alive by giving a short interview on Israeli Radio (around min 16) and visiting a few places around North Germany. 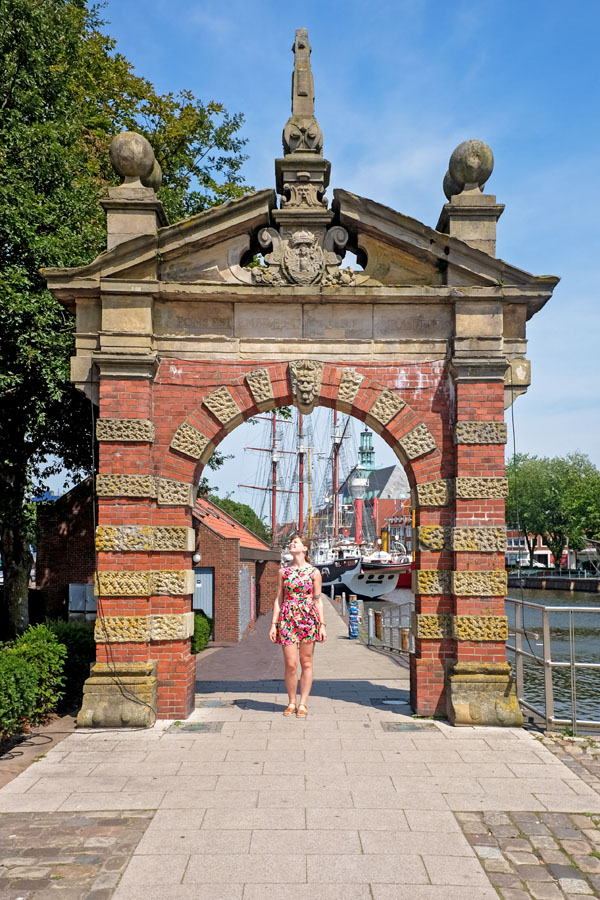 Gotta get my mum used to taking pretty ig pictures aka waiting ten minutes awkwardly blinking into the sky until we had the gate to ourselves.

Traveling automatically evokes the question “Where are you from?” – and I always, passionately, answer with “The most beautiful city of Germany!”

I studied and lived in Hamburg for over 4 years, and I don’t give my title of best cities away easily. The more ashamed and sad and angry I felt when a weekend’s pictures of destruction were now the first thing many people ever saw of Hamburg.

It was a rare case of a majority of the world’s and media’s attention being directed at my home, due to the G 20 Summit (20 governments meeting on World Economy matters). A summit that naturally evokes demonstrations, that makes people want to express their dissatisfaction with present politics, yes. But what happened here was something completely different.

However, Hamburg’s locals showed what this city really stands for. First of all, together:

The last week before heading off again was filled with some homemade adventure and tastebud excitements: 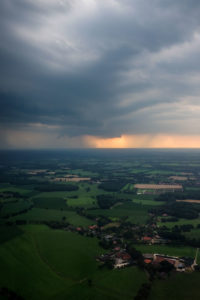 Mom, Dad and I played a little Topgun. 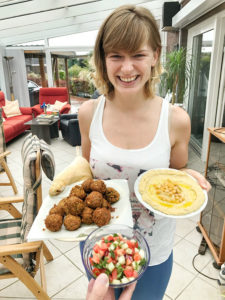 Hummus is literally running through my veins these days.

Fast forward, time home was over soon and I ready to grab my one true love (my backpack), sandals and bridesmaid dress and jump on the next plane.

Every time I get together with my study friend Julia, you know something’s gonna happen to our hair. At least it went successful this time. *thinking of when my hair was 2 cm long and bright orange* 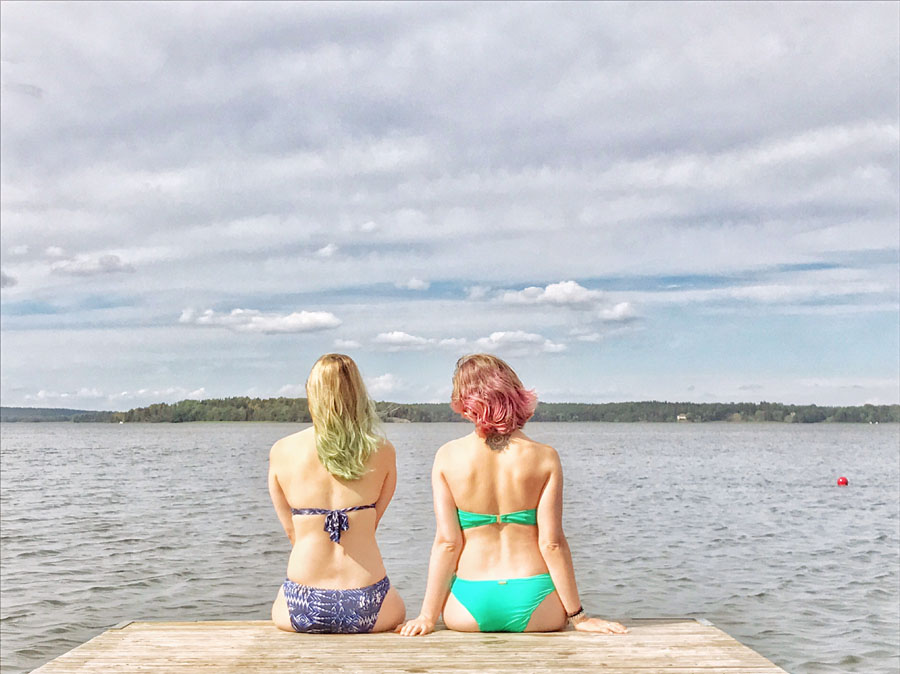 This all happened in Stockholm. It was the first time we went there together again since 2014 when we studied in Örebro two hours west. Now I was the bridesmaid on one of my best friend’s wedding, who met her now-husband also during our exchange semester. Her story is one of the most inspirational I know, and that makes me regain my trust in love every time I start doubting (sorry peeps this was a cheesy day for cheesy messages). They, American and Swedish, made it work for two years across continents and oceans and didn’t let visa issues or distances or financial hardships get in the way of their will.

Meanwhile, people from all over the world came to re-unite for this occasion. Happily catching up on memories of parties, travels, dates and that bit of studying, we danced through the night, before we all parted ways again the next day. 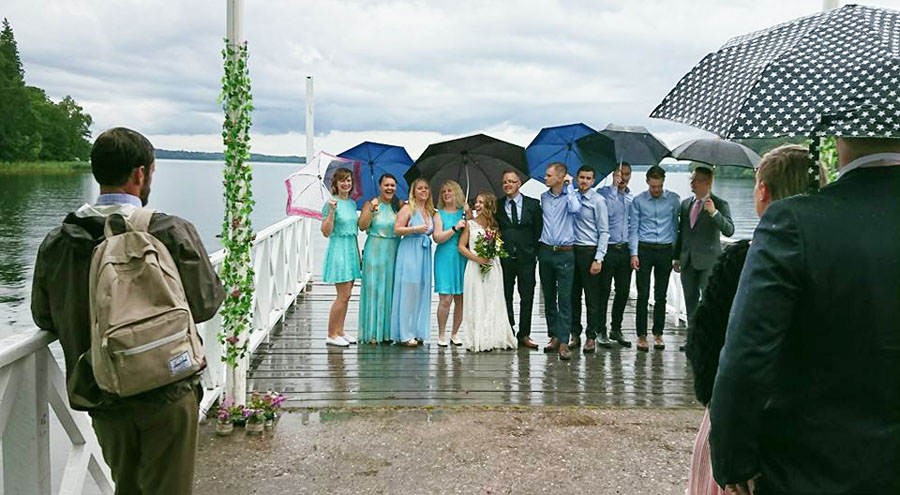 Even heaven was crying and applauding to love! 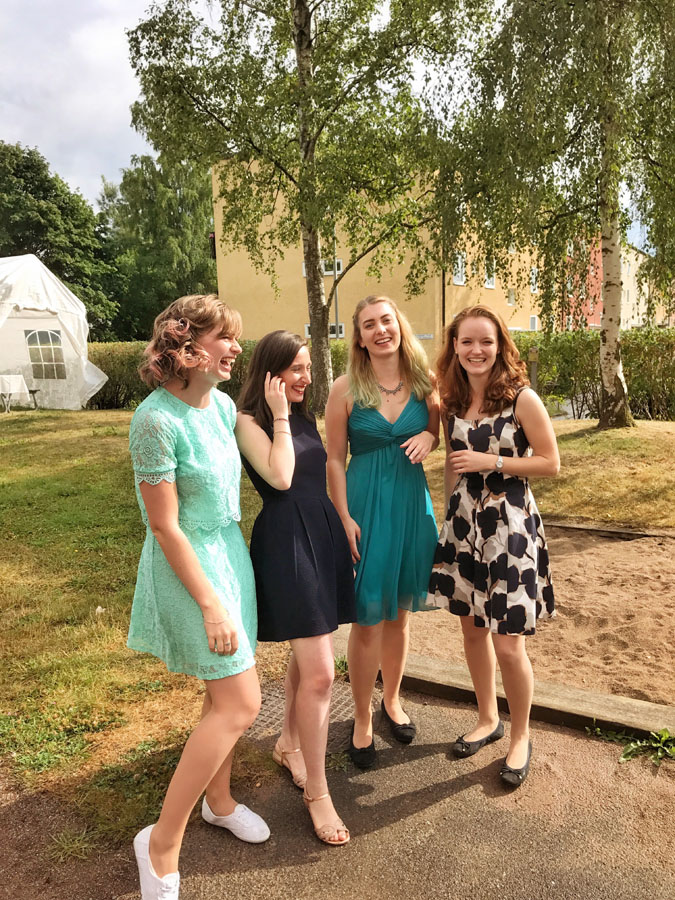 Haven’t been together with these loves in 3 years ?

And then happened what I dreamed about for months: Boarding my one-way plane to…

The first three people I spoke to literally all made me cry.

I wanted the 60 day extendable visa and got the 30 day one because the guy didn’t listen to me and just stamped my passport. Then my luggage was lost and I had to wait another hour at the airport before I could complain to the airline (the line was so long from all the other people who missed their luggage). Btw now, three days in, I still don’t have it. And then I stood in line for ages to leave the airport when nobody had told me I needed a customs form (being up 40 hours and having to leave the airport without my few precious belongings aka fresh socks successfully made me ignore the gigantic “fill out customs form here” sign) and had to go back, do one and wait again. At least my driver still waited for me. (hero!)

Okay, let’s get to the paradise part though. 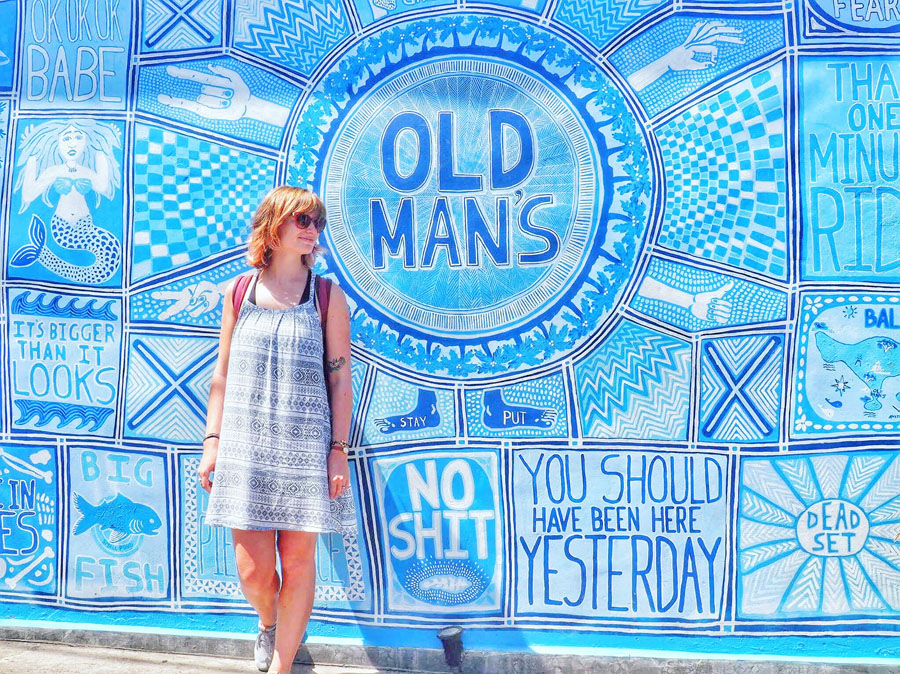 When your outfit matches your environment and you’re like, yeah I’m so supposed to be here.

Food is healthy and cheap. Weather is just right. No mosquito bites yet. No scooter accidents yet. Calling the loveliest dog my travel companion for the next 2 years (and her mommy too, obviously).

I’m living in a true Balinese village called Buduk and am literally the only white person there. Brit and I went to a market yesterday morning and while we gasped at all the colors and fruits, we ourselves were the local’s biggest attraction considering their effort to make conversation (in Balinese) and petting lil Ada. 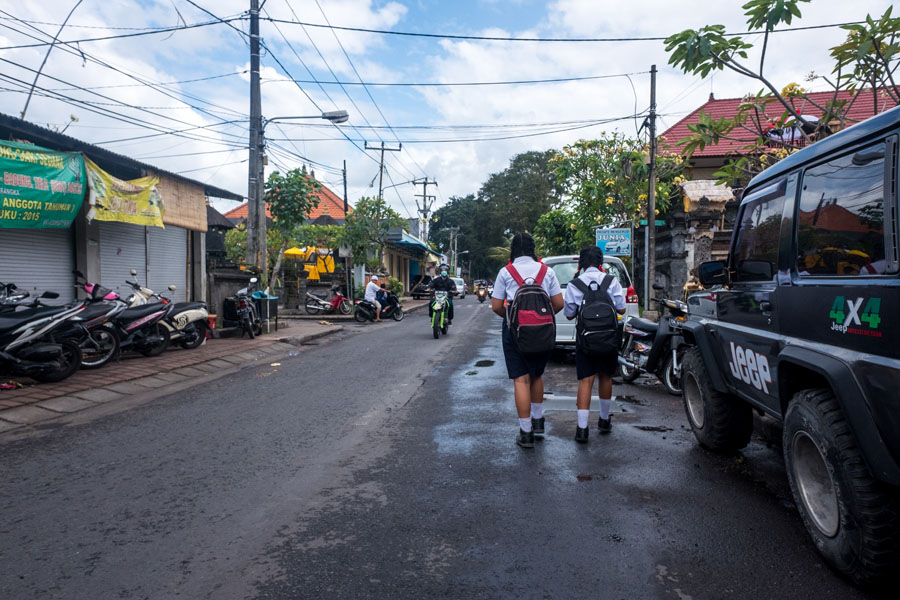 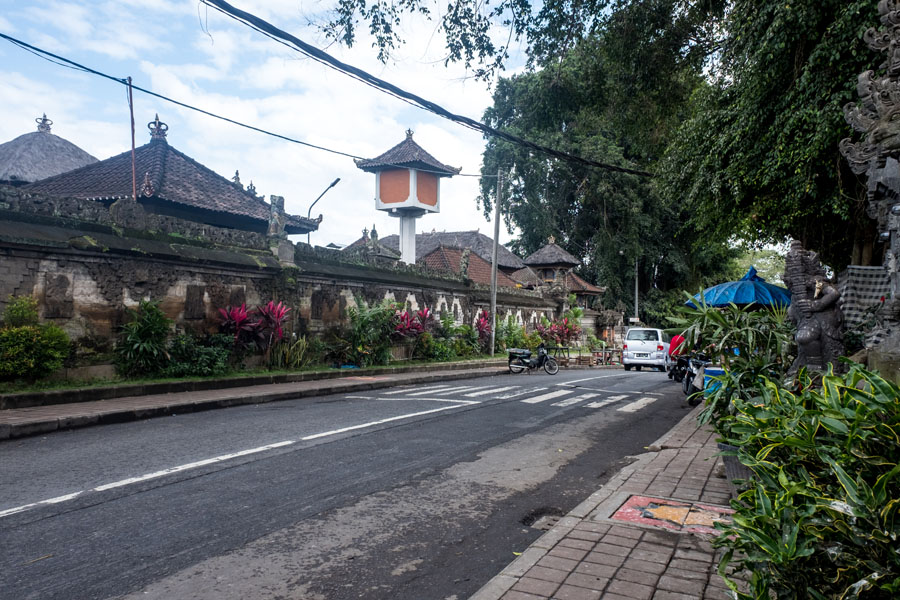 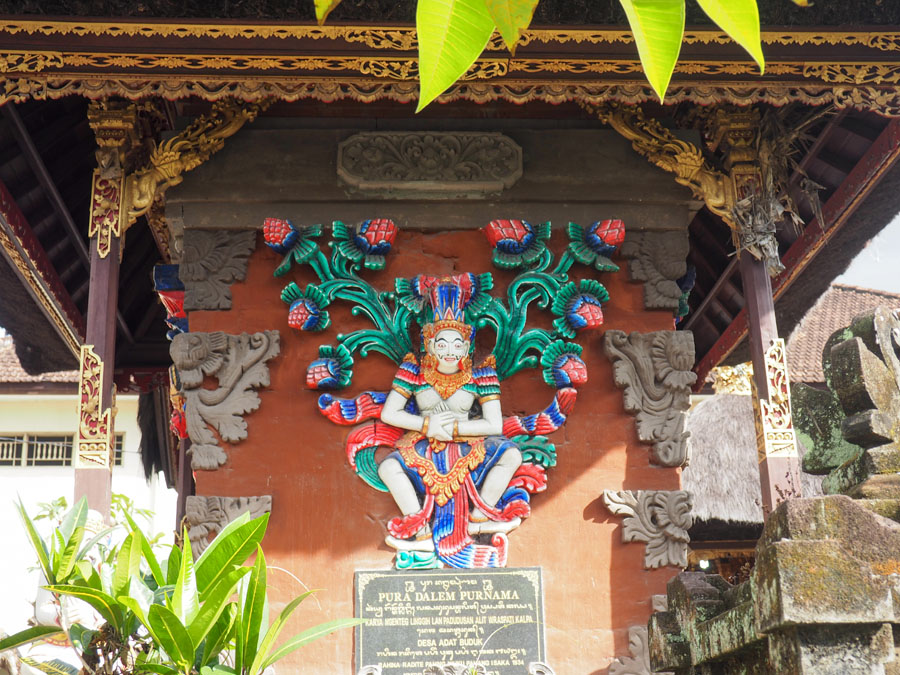 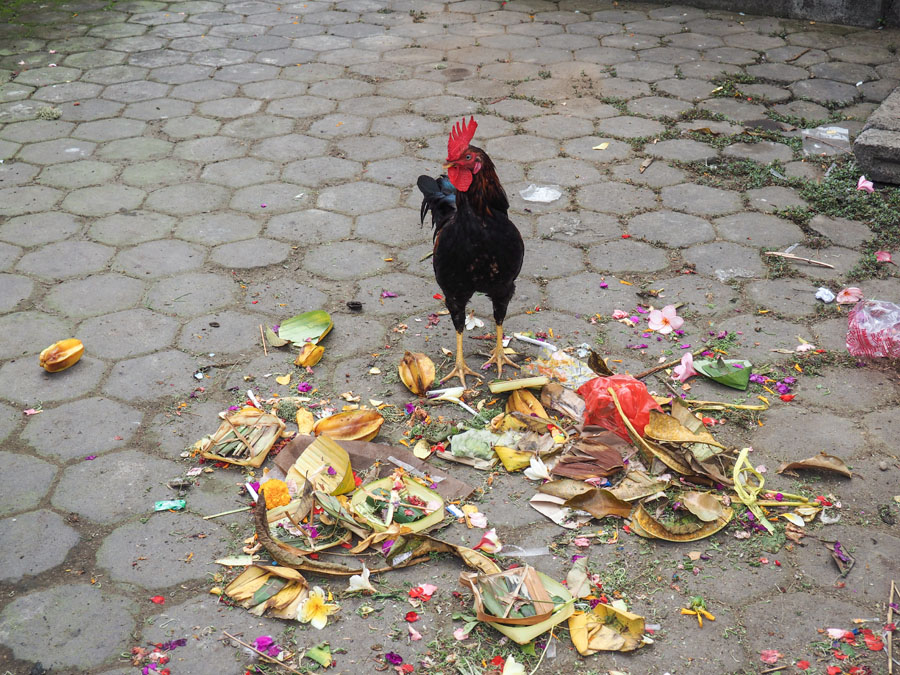 So, here I am. Back to work aka grabbing another detox smoothie and start writing. Next up: Stay tuned for my new travel psychology series! 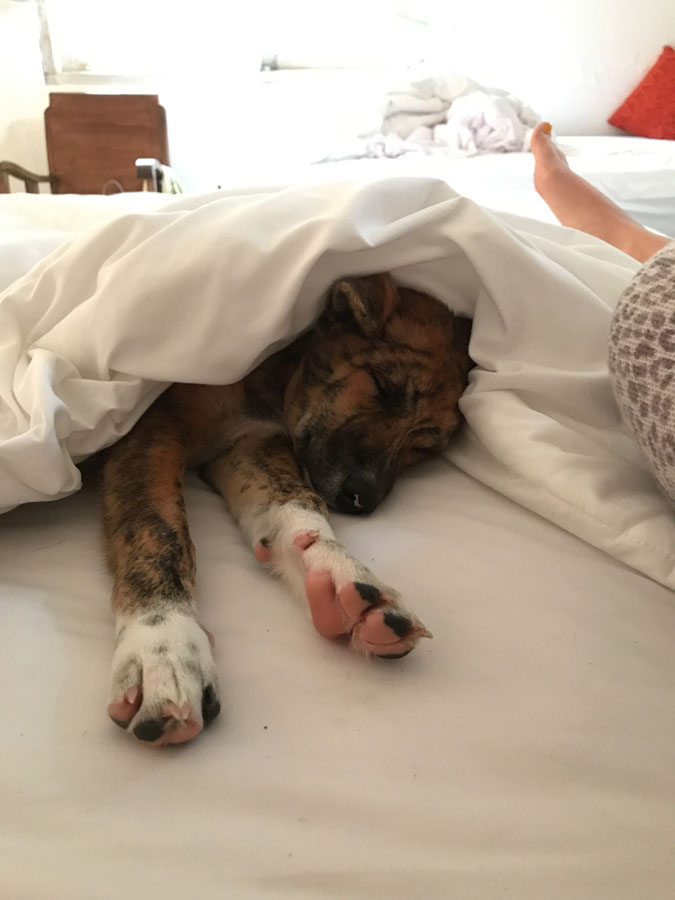 And seriously, congrats for making it all the way down. If you’re now so excited you don’t wanna wait till the August update (yeah, right) – have a look at my facebook and instagram 🙂 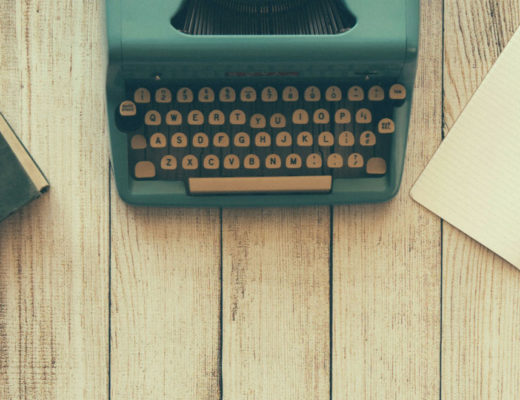 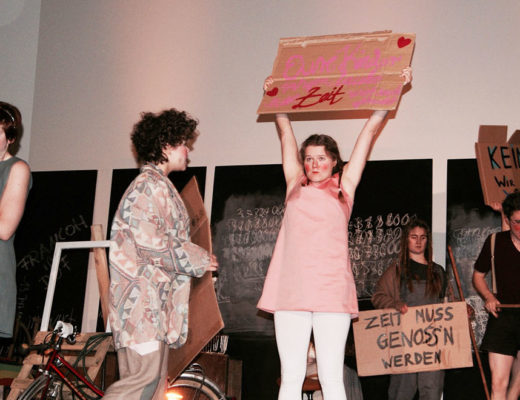 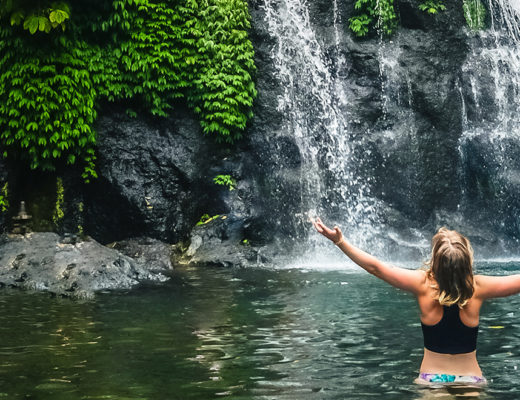 October 6, 2017
Previous Post 15 Incredibly Cute German Towns To Enjoy This Summer's Weizenbier
Next Post Where Does Wanderlust Come From?