Some people call it Mainhattan.

Others have just vaguely heard of it at all.

Many just picture a grey city with high buildings and higher criminality.

It might not come to mind first when thinking of Germany. It might not be the first destination of choice for the next weekend’s city trip.

"Frankfurt is different. Every day. While you’re reading this, it has changed again already." - Eva Demski

It has its own magic. 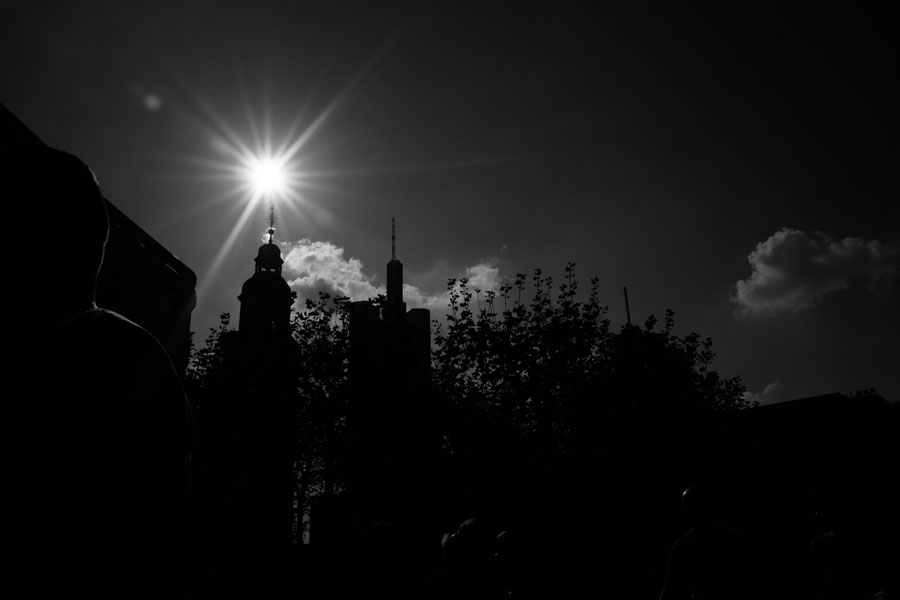 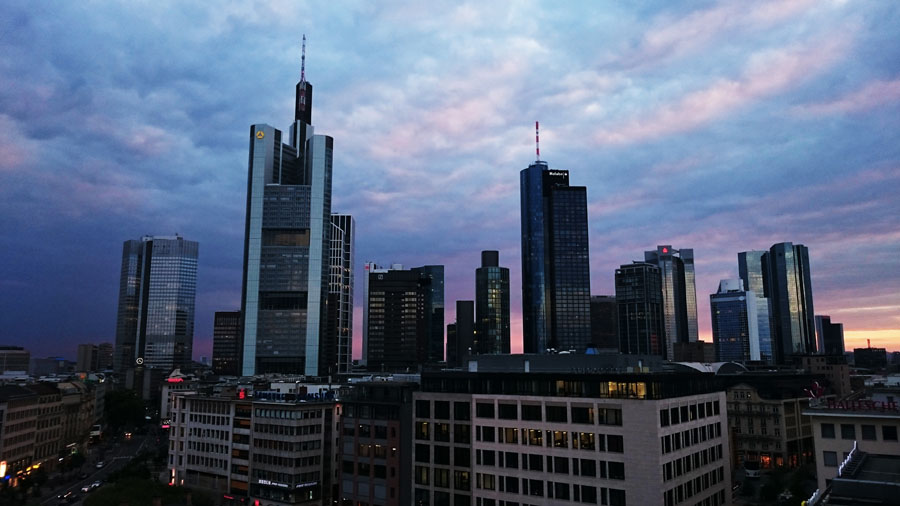 The big-little city on the Main seems to be a complicated, difficult but yet stunning and multifaceted diva.

It’s certainly not love at first sight, but it pays to take a second look.

But what makes it special? How is it different?

Frankfurt is full of contrasts.

Because it is not just Main, Römer, Zeil, Alt-Sachsenhausen and Eiserner Steg. It’s so much more!

"In a city like Frankfurt you are in a wondrous position, constantly crossing strangers point to all parts of the world and arouse wanderlust." - Johann Wolfgang von Goethe 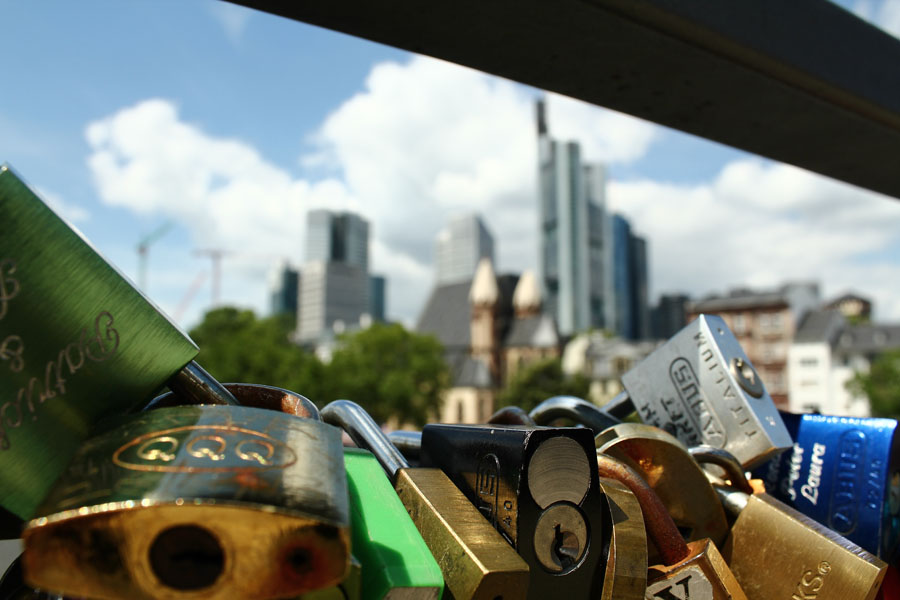 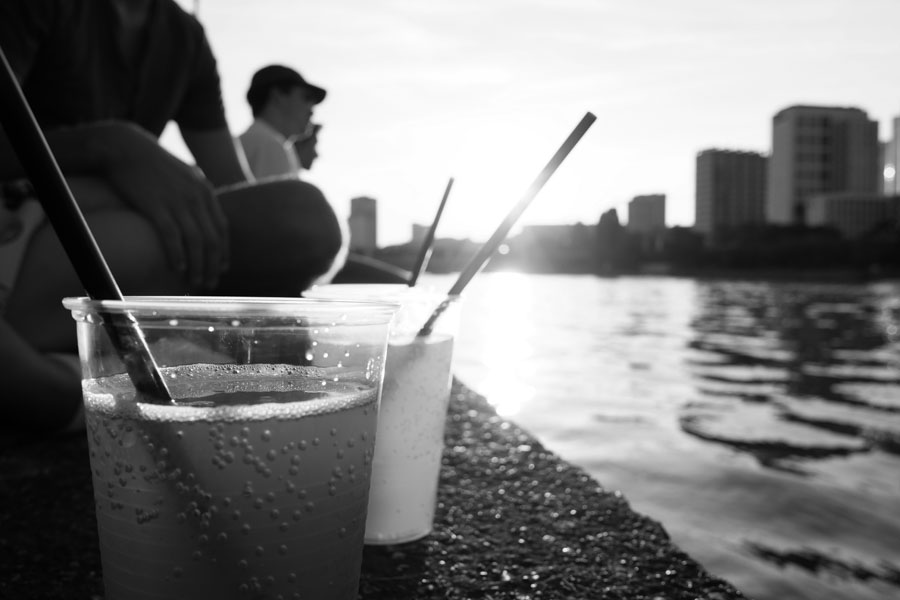 The famous legend about the nine to be seen in the weather vane of Eschenheimer Turm. In 16th century, a poacher was incarcerated there for nine days. Allegedly he escaped the death penalty by shooting the digit 9 into the weather vane.

The beloved Apfelwein (cider), the Hessian potion with many names - served "sauergespritzt" in a pretty white and blue “Bembel”. Thus with water (order it with lemonade and be stamped a tourist instantly 😉 ).

How it makes you feel like a ghostbuster when you find one of the many ghosts sprayed on any monotone surface available… thousands of small and big ghosty graffittis, elaborately designed or quickly sprayed, in every corner of the city.

The graffiti “Frankfurt” at the parking lot behind Kleinmarkthalle (a market hall in the city center) showing what represents the city; from the zoo to Römer, Palmengarten, Frankfurter Kranz, the airport, the european central bank, the Ebbelwoiexpress and Grüne Soße.

Strolling along between Paulskirche, the place where German democracy originated in 1848, and Kaiserdom, the coronation point of German emperors - where Phillippe Petit in 1994 performed a tightrope walk, on the occasion of the 1200th birthday of the city. He was the man, 20 years earlier, balancing 110 stories above the passersby of the World Trade Center Twin Towers in New York City. Without any permission, but fulfilling his lifelong dream. 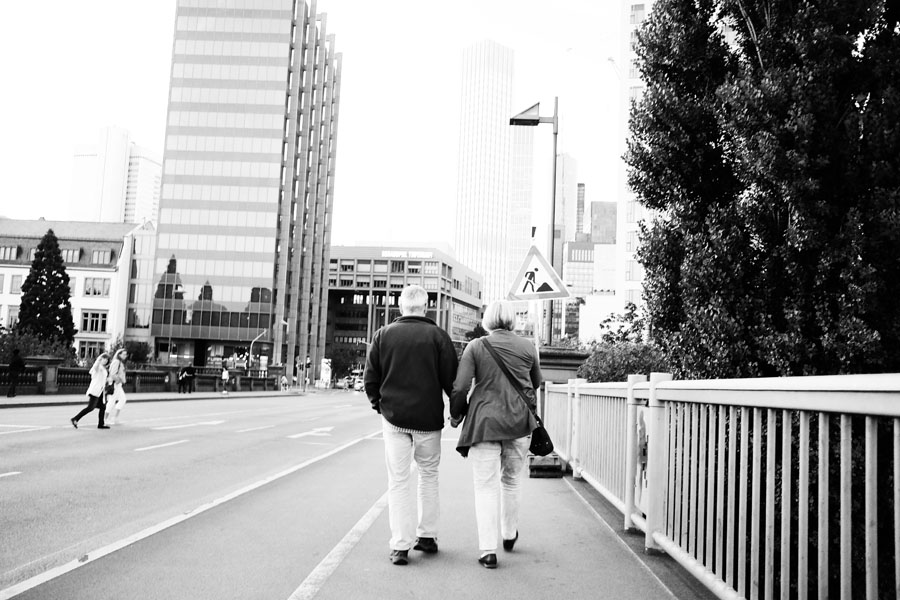 However I know those are not the first things you would stumble upon while strolling the streets of this city.

But for example, why is the famous square called "Römer" (Roman), you might wonder - since it undoubtedly will be part of you sightseeing tour no matter how touristy it is. So let’s get into a little history lesson...

In the Middle Ages, there was a big market area right there on Römerberg where Italian merchants sold their goods at street level and lived on the floor above. “Rome” was used synonymously for whole Italy, for thinking of the country instantly made people think of the city where the Pope domiciled, in the Lateran. One house next to Römer was earlier called, in Frankfurter dialect, Laderam.

If we’re talking names, what about "Frankfurt"?

In the days of the Emperor Charlemagne (Karl der Große), the Saxons fought the Franconians and were successful at first, chasing them to the edge of the Main. There are many stories about how the Franconians miraculously were able to cross the river and thus escape, but the Old High German word furt basically means “passage through a river”, a Furt. Since the enemy couldn’t reach them anymore, they settled right there. 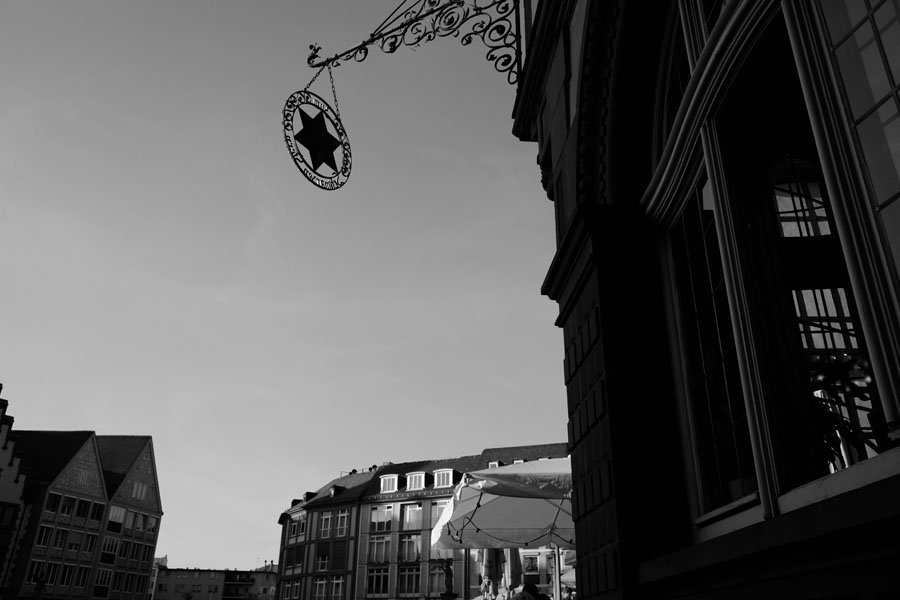 But it’s not only victories and happy endings.

What many don’t know is that there was a concentration camp in the middle of the city. From August 1944 to March 1945, 1.600 male prisoners were pushed through halls; from the ones where they slept to the ones where they worked, and back again, without ever seeing sunlight - as Wladyslaw Jarocki reported, a former prisoner of the concentration camp “Katzbach” in Frankfurt. And one of the just 56 prisoners who survived. It was one of the worst camps in Hesse. And was right inside Adlerwerke, a Frankfurt-based business with a history extending back into the 1880s. That quickly became the biggest factory for armored vehicles and was selecting “their” people from the camp in Dachau after having signed a contract with the SS.

Frankfurt also was home to many impressive personalities.

“In the past, we lived in Frankfurt…” as a diary entry of Anne Frank begins. The Frankfurt roots of her family reach to the 16th century. However, the rise of the National Socialists forced them to emigrate to Amsterdam when Anne was 4 years old.

Among psychologists, Bertha Pappenheim was known as the patient “Anna O.” described in Sigmund Freud’s piece about hysteria. But she became a famous feminist and fighter against forced prostitution after having moved to Frankfurt.

There was Teofila Reich-Ranicki, whose life and 70 years long marriage with Marcel Reich-Ranicki through times of the Warsaw ghetto, whose intelligence and deep passion for literature and music give insight and hope to the strength of love. 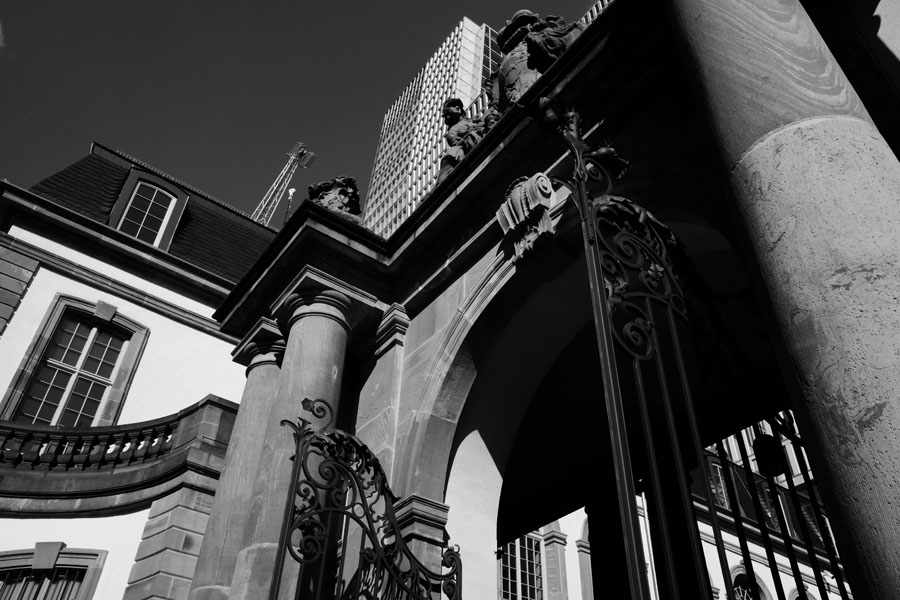 You’re getting itchy about learning more?

Visit Frankfurt with a curious mind

What place comes to mind first?

Each of them have their own charm, I agree. But you know what is right in the middle of it all?

Frankfurt offers a variety of activities and sights and possibilities and contrasts.

Obviously there is a lot to learn and discover. And that goes on and on and on.

Big malls and a vibrant night life. The river Main and the surrounding mountains. The huge bank sector. Active communities for art lovers, musicians and yogis. Modern skyscrapers next to cute studwork houses. Market halls where to smell the lively atmosphere of a hundred years ago, packed with exotic goods from all over the world. 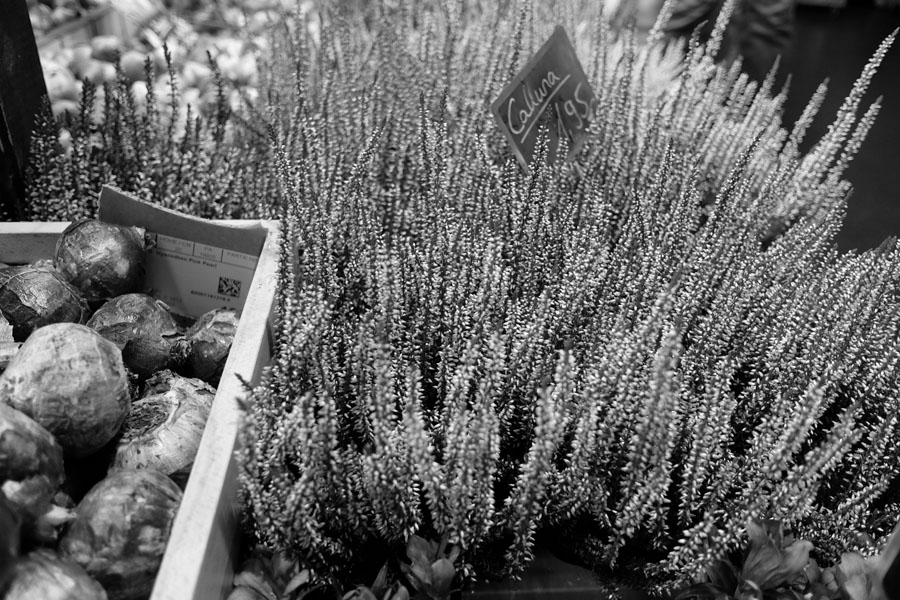 Travel off the beaten path

Within two months, I discovered. By opening my eyes and not following the selfie-taking horde.

Check out the free Pop Up Boat of the Jewish museum - encouraging you to contribute to the renovation of the museum and participate interesting discussions and movie nights.

Eat the best icecream at Christina’s and the best falafel at Aroma (in that order).

Stroll along flea markets at the Main.

Visit the open air theater in Grüneburgpark and others.

Definitely don't go shopping at Zeil on Saturdays. Or basically any other day. 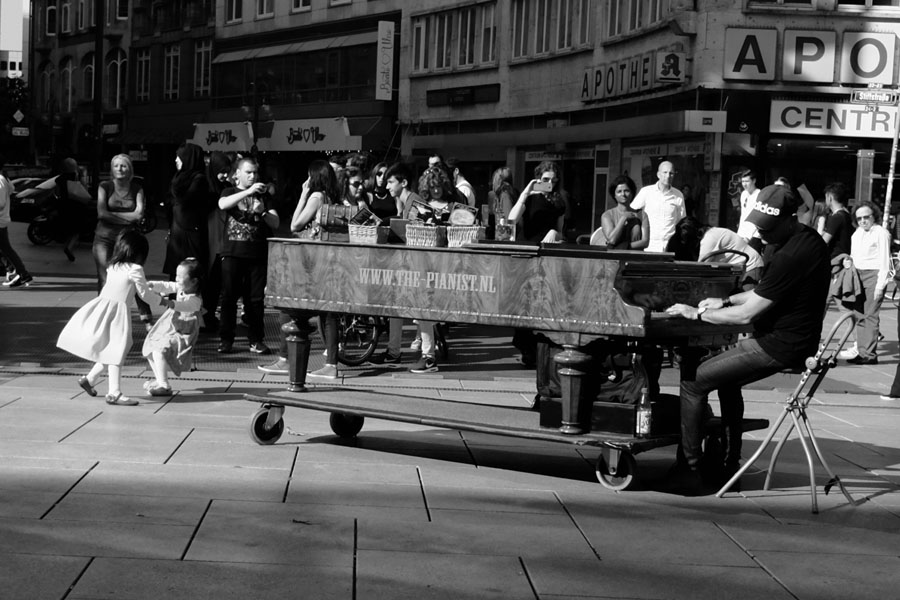 Gorgeous and cheap brunch in Offenbach. Hiking and enjoying nature in Taunus area. Check out the many many castles in the region. Ride along the various signposted cycling routes...

Frankfurt doesn’t have blemishes. It has various signs of its eventful past and exciting present - which are absolutely worth seeing!

To conclude with a Hessian saying: No chicken hatches from an unlaid egg.

When do you visit Frankfurt? 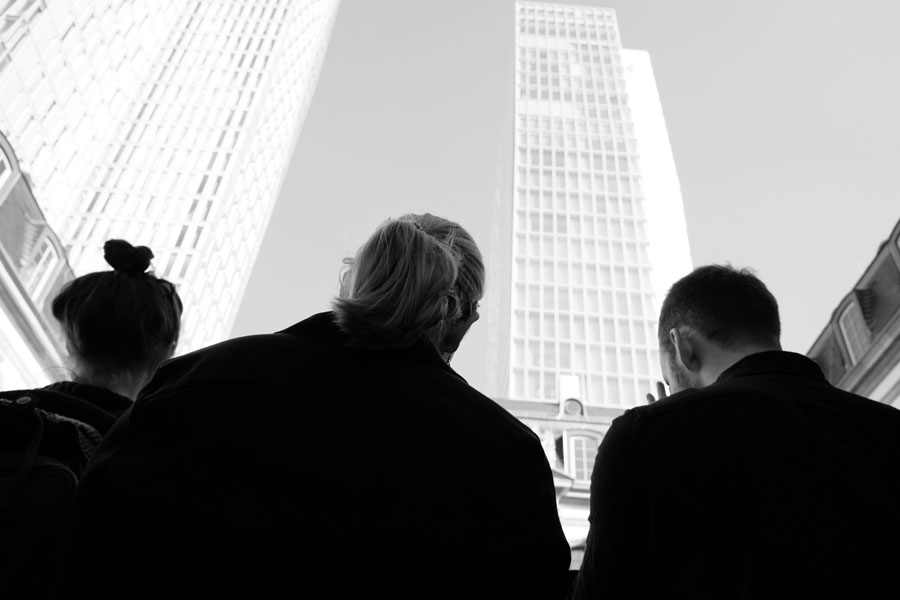 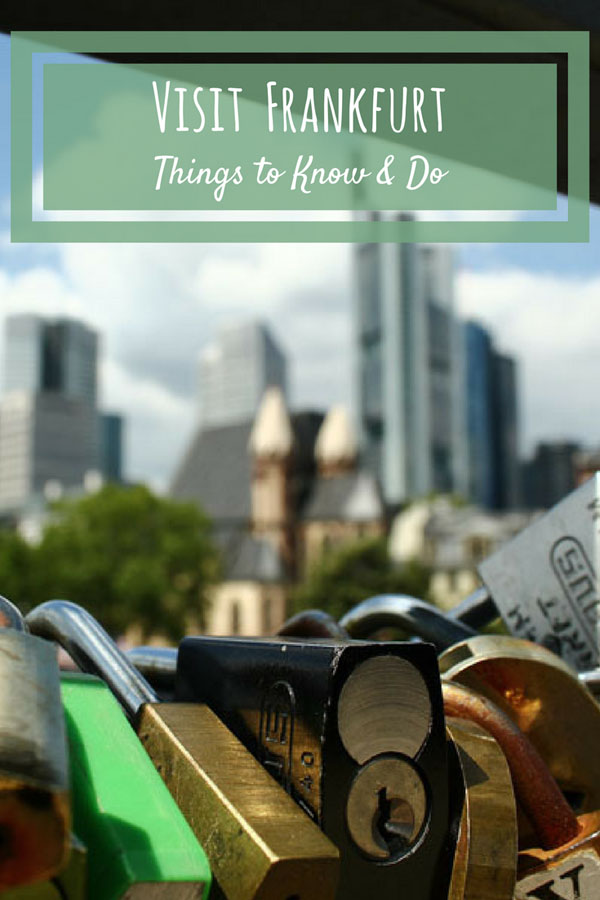 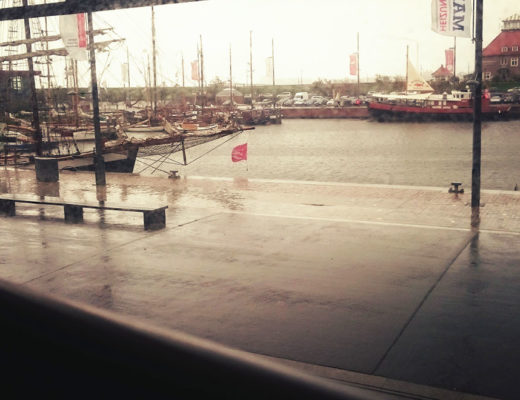 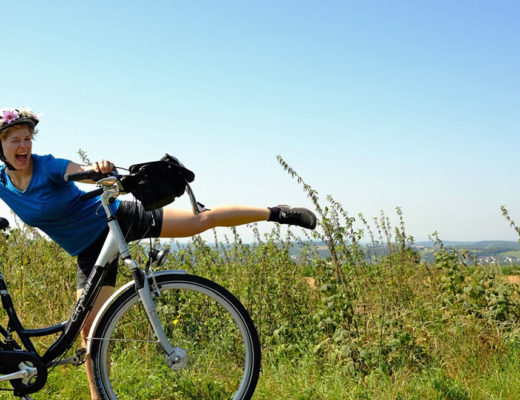 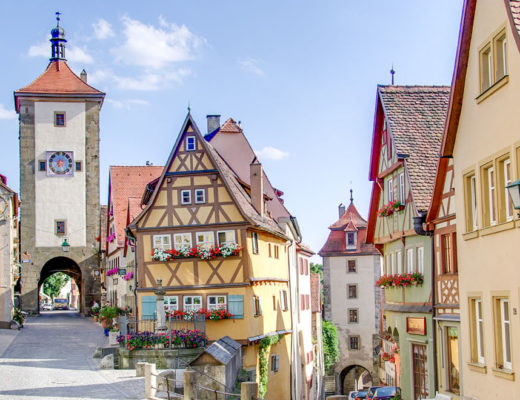 May 24, 2017
Previous Post How I Travel The World On A Budget
Next Post 10 Easy Tips For Your Spontaneous Road Trip (& how I ignored them)