Alright folks, I’ve got a confession to make.

Uhm well, I confessed it already in the headline.

Or to put it this way: There’s a dark side behind rainbows and unicorns in the world of constant travel.

And despite random people as well as friends who keep telling me I’m “living the dream” or “I wish I could travel as much as you do” – I do want to paint an authentic picture, and make some things clear. Let’s try to look a little behind the scenes, shall we?

So, sit down, let me grab you a virtual cup of tea and follow the story.

Disclosure: Before you think I’m just a teary emotional whining prat, also grab a snack and check out the links I put on the various destinations. And you’ll see, I actually had quite a bit of fun as well. Really. After all I’m still traveling. And I’m definitely not masochistic, I promise.

How it all began with that year abroad

My desire for travel and adventure all started back in 2011. I was 17 and full of the most fantastic dreams about my life after graduation. I was freshly in love, I had an amazing bunch of friends and family around, and I just started to become interested in photography.

With a new glaring red suitcase that contained my few precious possessions for the next year, and an afraid yet curious heart, I left. I lived and worked a year abroad in New Zealand and subsequently traveled Tonga. I worked out my passion for photography and after a year had my harddrive exploding with over 20.000 pictures I had taken. That was all I shared with most of friends and family back home, the pretty side they’ve got to see. 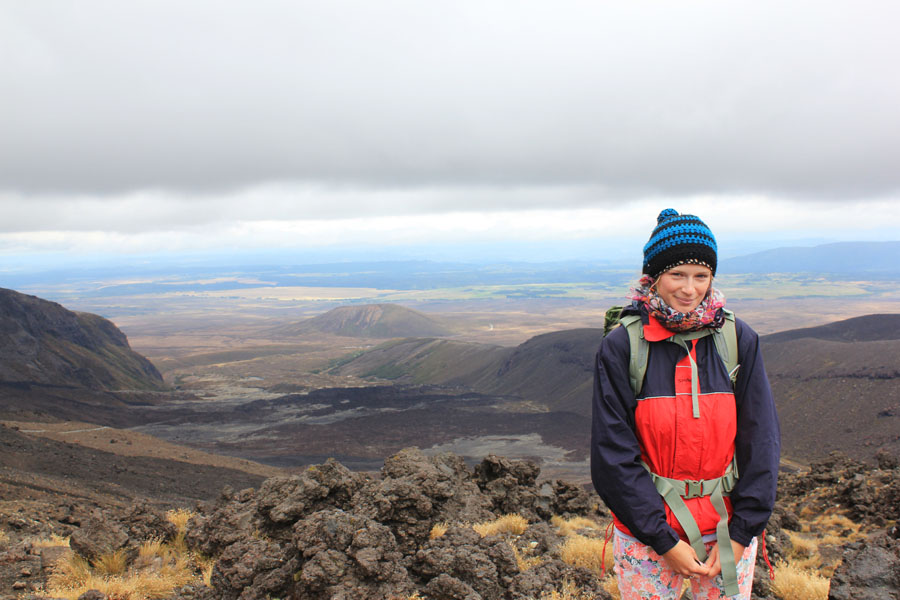 Now however, try to imagine this. A still rather dependent soul somewhere on the verge of a girl and a woman, as far away from home as possible without leaving the planet. A country whose language she just understood. Three children and a household to take care of, and torn apart by lovesickness, by fear that distance would destroy everything.

Looking back, I missed out on a lot when my heart was not present, but back home. Not saying, I would like to change what happened. I’m a strong believer in things happen as they’re supposed to, leading me the path I need to go. But I was filled with grief throughout almost the entire stay.

… and continued with studying a term abroad

The next time I was away from home for a significantly longer time was my term studying in Sweden.

I had studied psychology for two years in Hamburg by then, and paused for this exchange semester as well as time for internships. So off I went to my 5 months long home of choice Örebro – a cute little town two hours west of Stockholm. Miracously, there was a bunch of girls, we all met for the first time at the very first day, and we became closest friends for the entire time and beyond – and believe me, we had a blast discovering Sweden together!

Yet again, no matter how truly amazing the whole Erasmus life surely was – it also resulted in some of the hardest times I ever had. I lost focus on where in life I wanted to go, I let the whole … spirit drive me, keep me partying too much, let me go on trips without keeping an eye on my budget, let me skip lessons I would actually have found interesting.

It also made me see how successful many of my fellow students and travelers were, and made me so incredibly afraid of failure, made my efforts seem unworthy. Imposter syndrome at its best.

And it let me lose my relationship out of sight. 4 years, gone, leaving wounds that are still present years after.

How I reached a peak in feeling lost

Earlier this year I traveled to Thailand for a month, of which 2 weeks I was wandering north Thailand alone.

And again, I dived into the vibes surrounding me, almost without thinking. I lost myself between drinking, partying, meaningless affairs and the seeking of fitting in.

I forgot whose word to value, I completely lost focus on my own values. It all piled up and left me sitting at a hill beneath that giant white buddha statue, drenched in tears, feeling desperate and aimless and incredibly lonely.

The next day, I left for a Thai monastery and lived there three days – which was the wisest decision I could have made, luckily. I found the tiniest slice of closure, and although it was too short of a time to heal, it certainly pushed the reset button in my head.

This movement is still going on today. 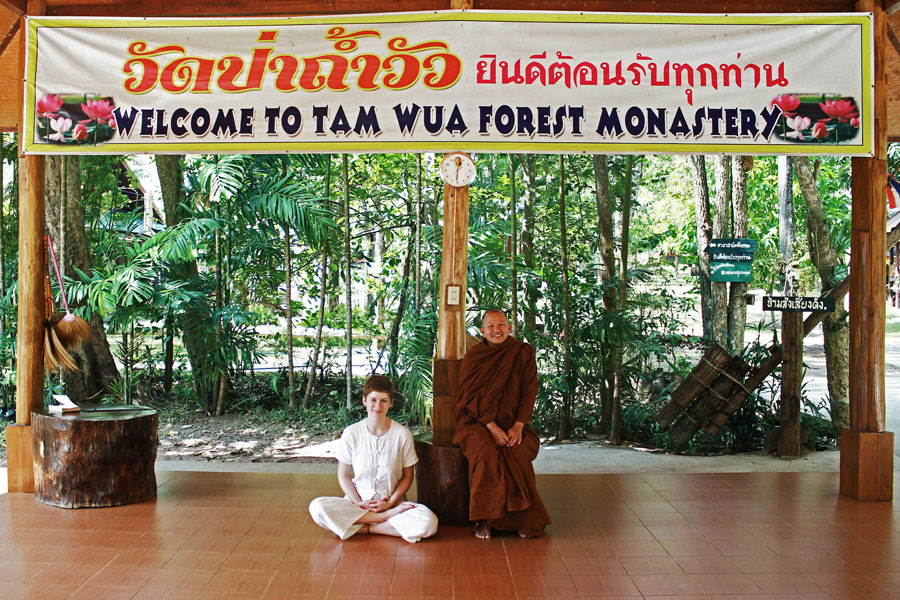 … and realized it’ll always be a constant up and down

Then I went on this stupid little crazy road trip a couple of weeks ago. Because I realized, I still wasn’t going anywhere in life in general.

I knew my HR job wasn’t what I was gonna do. I knew Frankfurt, or even Germany was not my place. I knew that I didn’t want to study a master’s degree. I knew that all my possessions tore me down instead of enriching me.

Well, thing is, I just reached a peak of this restlessness – and within 20 minutes, I decided to just leave. While most comments I received were either “You’re completely insane!” or “Oh we all dream of just spontaneously getting in the car and leave!”

Half the drive I was crying, the other half lost in deep thinking. I had to come clean with a lot of things, to let go.

My professional life was not going anywhere my family hoped for or what all my fellow students followed. The lost relationship was in fact still haunting me 1,5 years after, while my constant moving around had prevented me of forming anything beyond short-term affairs.

Now I had to prove to myself how I could ultimately handle things on my own.

And in the end, I had this moment.

This moment, when I was sitting on this square just as you would imagine Venice, with the perfect tunes playing along to the scene, and me enjoying the most ridiculous, most expensive (freaking 9€ for a cappuccino #yolo), most emotional and yet best coffee I ever had.

So, traveling long-term and solo does get lonely

It does drive you to tears and puts you in situations you feel not capable of enduring, beyond your limits.

It does confront you with your fears, at times it does mean to rely on a stranger’s kindness because you’re utterly lost or blank or broken. It does break friendships and relationships and screw up your career.

It does let you forget your daily life, let things slip out of your focus. It lets you believe you’re wasting your time and what you do is all nonsense

However that’s exactly what will ultimately let you grow

Today I’m on the verge of finishing my half year long corporate internship in Frankfurt. And again, there’s a huge gap in front of me, and I can’t tell you where I’m gonna be in two months (apart from roughly the Middle East). I have spontaneously jumped on a flight deal for 7 weeks Israel and Jordan and who knows where. Maybe I’ll even extend the stay.

It does look like previous attempts to find my way, like it was just happening all over again. However, I don’t think so. Each part, each new trip contributes to a whole.

Cause you know what? I did travel thousands and thousands of kilometers around the world. But the inner travel, my journey within, was a way bigger one.

After all, how are you supposed to find the people who are made for sharing your path if you yourself are on one that makes you unhappy?

For me, traveling is not just discovering the unknown, letting my curiosity explore the world, within and beyond. It’s the journey of development, of confronting myself with my fears and challenges and feelings and weaknesses.

To realize, I’m good and happy with myself. I love my friends, but also I really don’t need everyone to like me, nor listen to all the bullshit some people try to sell me, and that I can fix my problems myself.

I needed to let go of what was expected of me, to regain my passion for writing, and maybe one day making it a profession.

To realize, I’m valuable. And the work I do is valuable, and appreciated.

To get the perspective I need to talk again to a long-lost friend and to fall in love again.

About losing and finding myself. My strengths, my values, my dreams, my passions.

And well, sometimes rainbows and sunsets and sipping a coconut in paradise actually do happen. 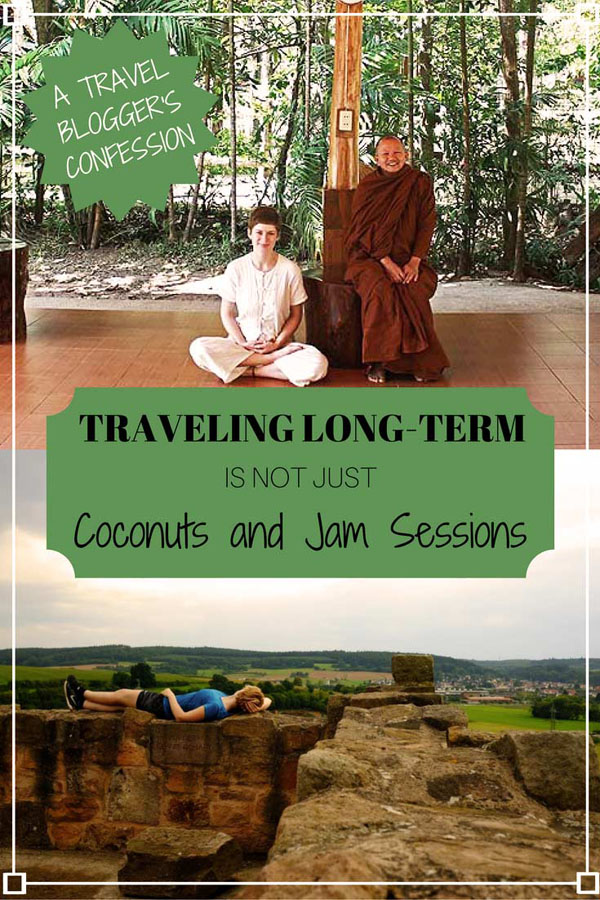 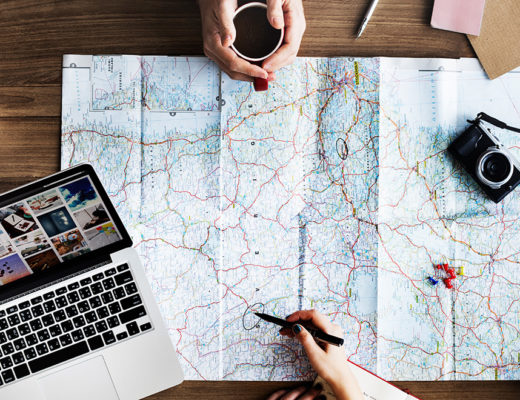