Have you ever wondered what Europe’s highest volcano is? Spain’s highest mountain? The world’s thenth highest island? The highest point above sea level among Atlantic islands? The third highest island volcano of the world?

Sure you have, you smarty pants. Daily questions of life. 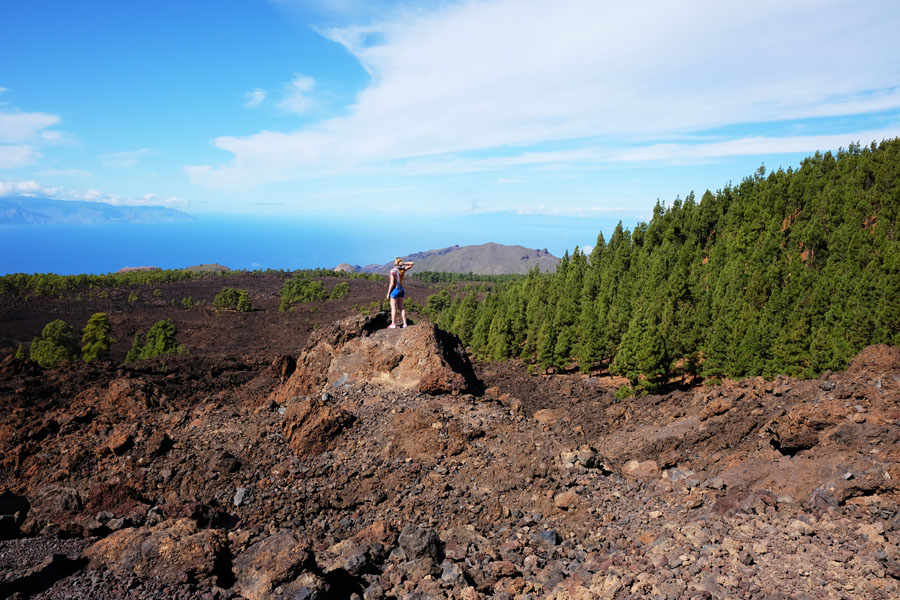 Well, the first time I have heard of this 3718 meters high king of the Canary Islands was when my parents couldn’t stop raving about it ever since they discovered the island group as their favorite destination ever. Today they’re hiking Mount Teide at least two times during each of the two or three times a year they visit.

Well, I usually stick to spontaneous road trips. Crazy cycling tours. Deserted paradise beaches. That kind of stuff. Now however I joined – and was not disappointed! 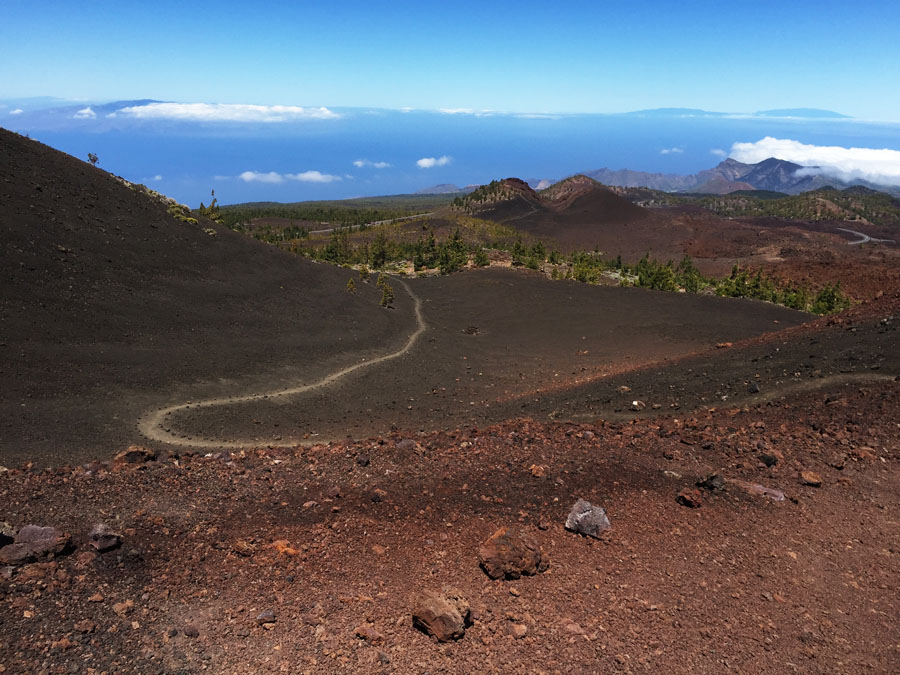 A dark blue sky, wide lava fields of black and red sparkling stones, in the distance the snowwhite lines of an observatory – the mood above the clouds on Tenerife is breathtaking. Literally. Oxygen is actually getting somewhat thin up there. But I promise, it’s worth it. Acutally, Teide National Park is the most visited national park in Europe! In 2007, it became a UNESCO world heritage site. Making any passionate outdoorer’s heart jump, the national park’s staff has moved and cut the countless lava stones to create 36 amazing hiking opportunities for every level, varying from an hour to a whole day. 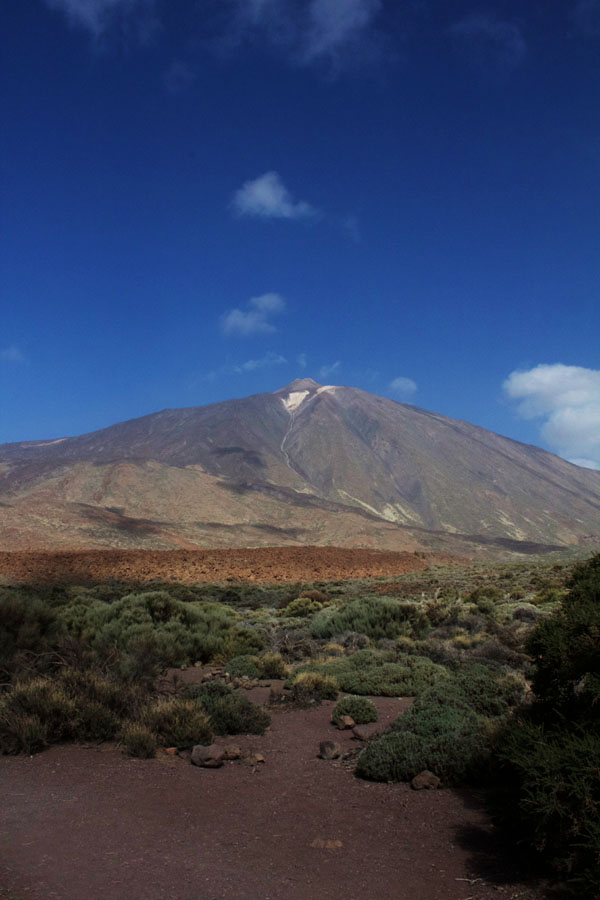 The island’s natives Guanches actually called it “Echeyde” – referring to a demon who was supoosed to have lived there. He had captured the sungod, resulting in Tenerife thrown into darkness. However, the sungod was rescued by the boss God (following the native people’s prayers who were afraid of the dark), and the Pilón, the “sugar loaf”, henceforth locked the demon into the mountain. Obviously the reason for all the volcanic action in Tenerife’s history ever since. The last major eruption was in 1798. Eventually, the Spanish language developed its name to “Teide”. 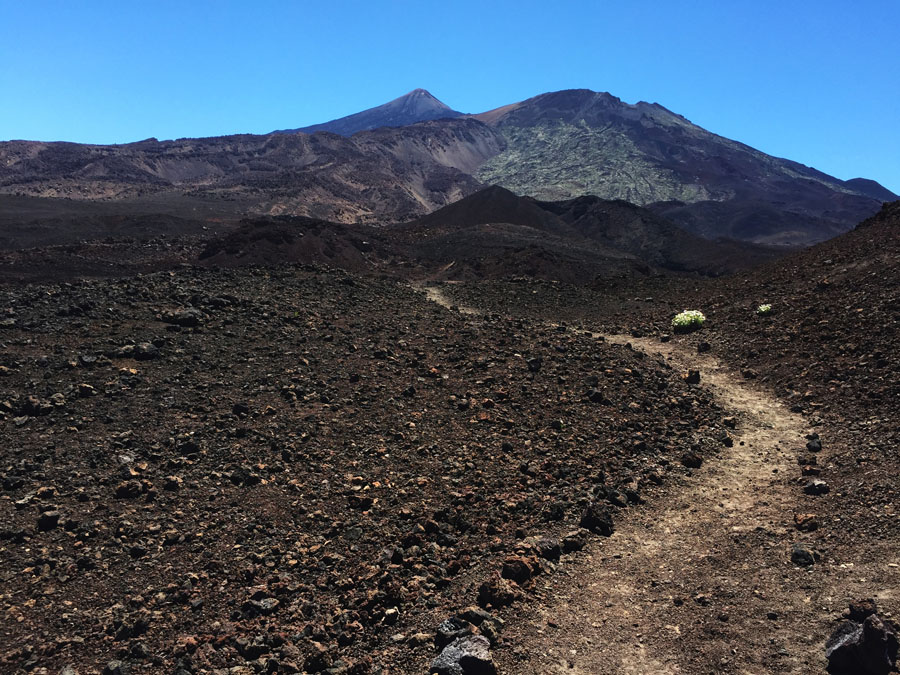 Apparently the Teide is a source of fascination across times – the ancient Greek historian Herodotus wrote “It is said to stand so tall that one cannot see its summit on account of the clouds which in summer as well as winter envelope it, and it is called by the inhabitants a Pillar of Heaven”. Some even say, the Canary islands are the highest, and last remaining part of the sunken Atlantis. In today’s ages, the otherworldly landscape has served an excellent scenery for science fiction blockbusters like Star Wars or Planet of the Apes and the all time classic Once Upon A Time In The West. 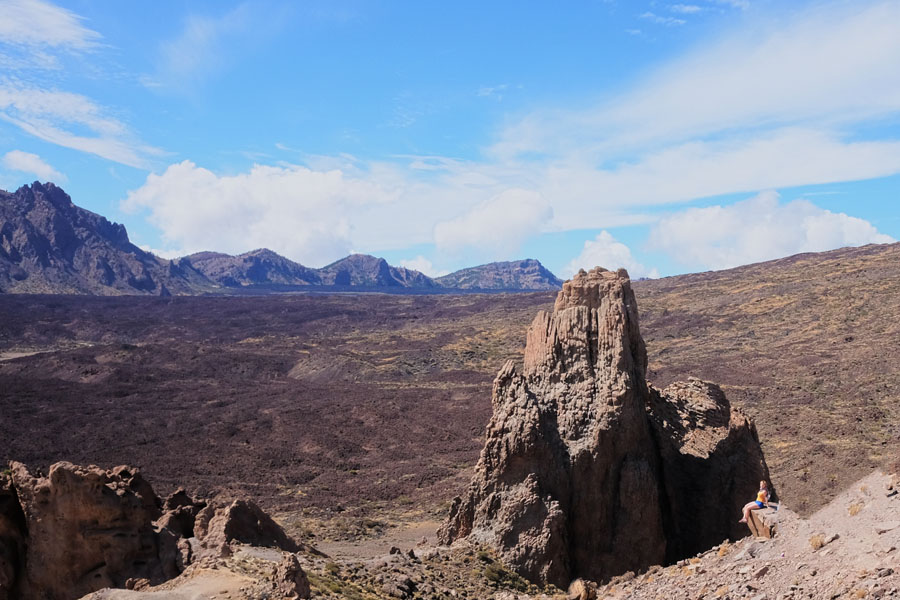 Temperatures on the Canary Islands are known for their almost not existing fluctuation with mostly 22°C and above during the day. But don’t let that deceive you (as it did for me), it’s chilly up on Mount Teide! With easily 10 or more degrees less than down at the beach, do pack a jacket and long pants for hiking. And good shoes And sunscreen. And water. Well, you know the drill. 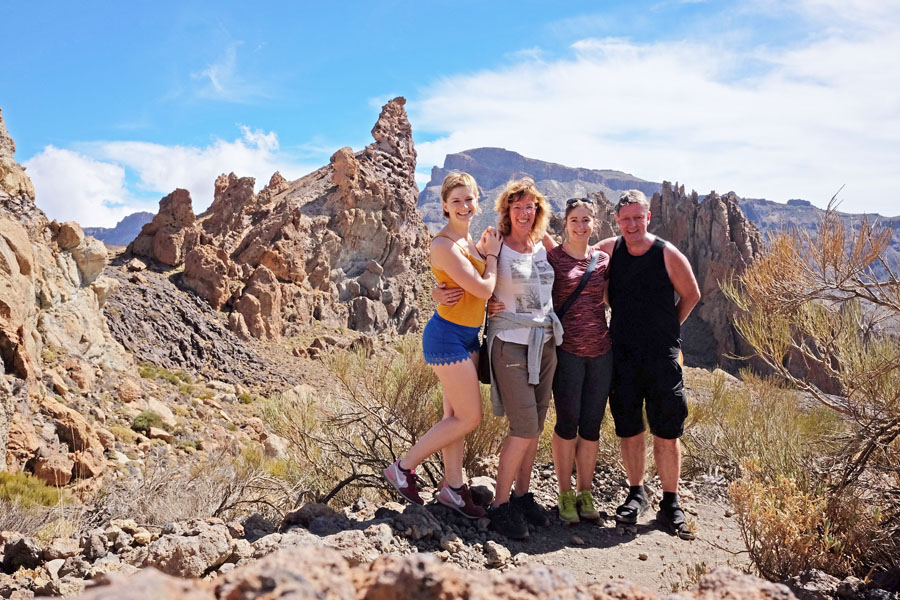 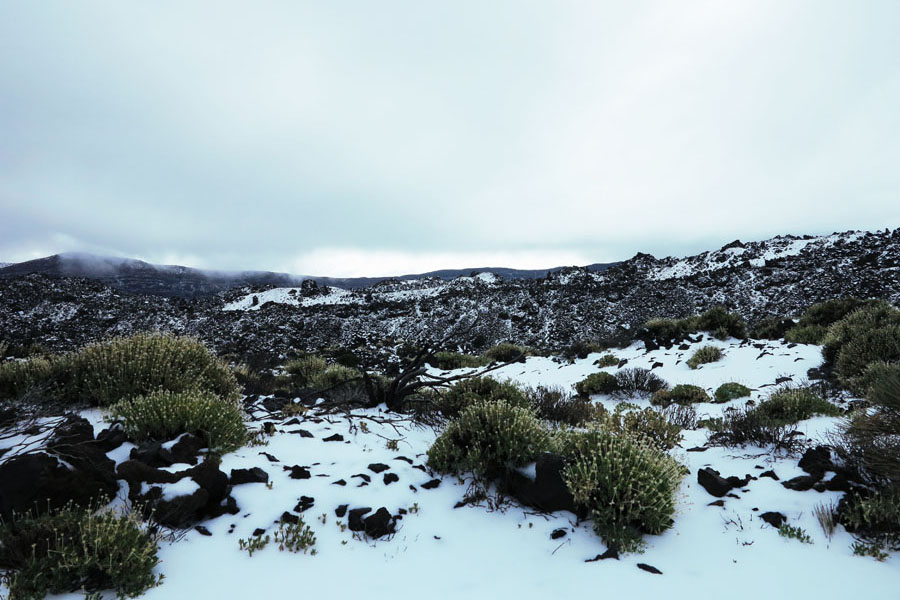 Anyway, check the forecast in advance, since access can be denied due to snow, ice, and other conditions. Even when you wouldn’t expect it. Cause you were just working that tan at the beach. But believe me – you might just be surprised be 10 cm of snow when driving up to the national park. Well, when that’s the case and you need a quick source of inspiration – check out Spain’s tourism info for alternatives! 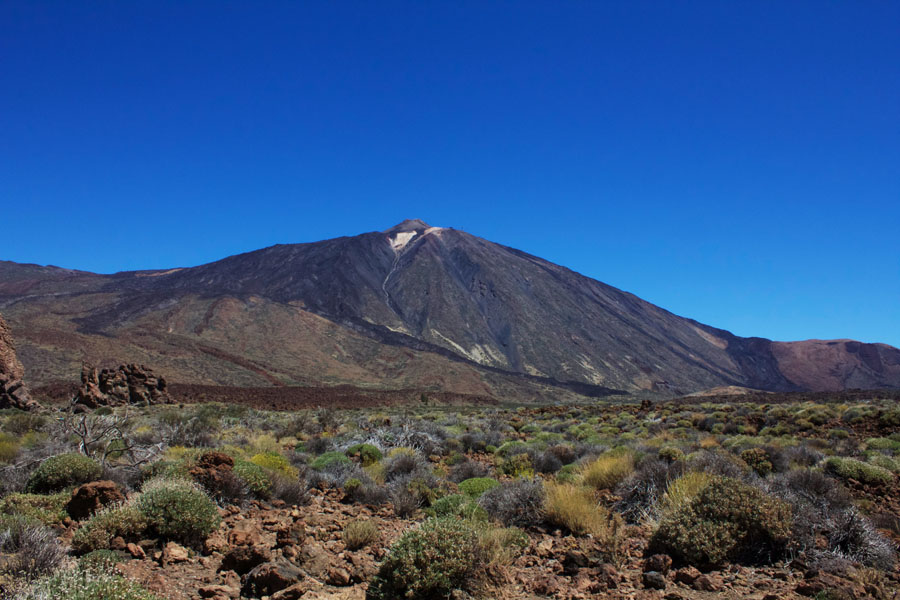 Best chances for a cloudless view are rather in the mornings. If you’ve got the necessary pocket money, take a rental car to avoid the daily packed tourist bus caravans. If you rather spend that pocket money on a well earned drink in the evening, there are indeed plenty of buses taking you from anywhere between Las Américas and Puerto de la Cruz. And all the other corners. Or hitchhike and even get a meal along with the drink?

The trails are well marked with signs, there are countless maps to be found in any tourist information, or you can even book a guide leading you through the national park. Many even speak German. I know that cause when my family and I went hiking Mount Teide, we came along a group of, let’s say, rather aged people led by a dynamic Spanish looking guy, chatting to my mum about her two pretty daughters who were climbing up a gigantic boulder for a (not at all stereotypical) picture. 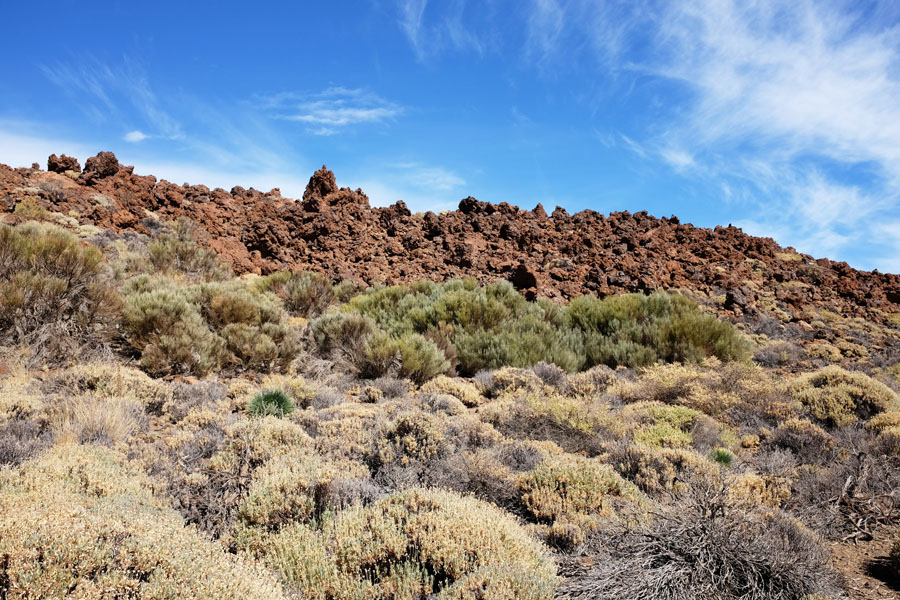 Climbing up and down rocky lava hills, tramping through trickling volcanic ash or relaxed strolling through Canarian pine forest – there’s something for everybody. And no matter which lookout you’ll choose, whether you’re walking one of the many trails or the path at the upper station – the audience is international, the comments are all the same “amazing, unique, incredible“.

You’ll want to take regular breaks, not only to catch your breath, but to admire the surrounding volcanic cones, lava flows and caves with their extraordinary colors and shapes. Looking up, you might discover the white-yellowish smoke emerging from lavastones, a sign of the volcano’s ongoing growls. Reminded me a lot of New Zealand actually!

Climbing Mount Teide – Get to the top

If you want to make your way up to the peak – haven’t been there myself, but it’s supposed to be the literal highlight of a stay on Tenerife – you’ll probably want to take the cable car. Unless you’re that super fit adventurous crazy people hiking up there.

But let’s stay with the cable car. Within 10 minutes, it’ll take you from the base station at 2356 meters all the way to 200 meters beneath the peak. It costs 27 € return for adults and is accessible daily from 9 am to 5 pm, providing that weather is playing along. Up there, you’ll have one hour to hike up the narrow path towards the outlook and back – a longer stay is not permitted. Because of the indeed thing air, it’s advisable to only do so in perfect health condition, people with heart problems or high blood pressure might want to reconsider. But hey, the national park itself already blew my mind, so let’s keep our spirits high! 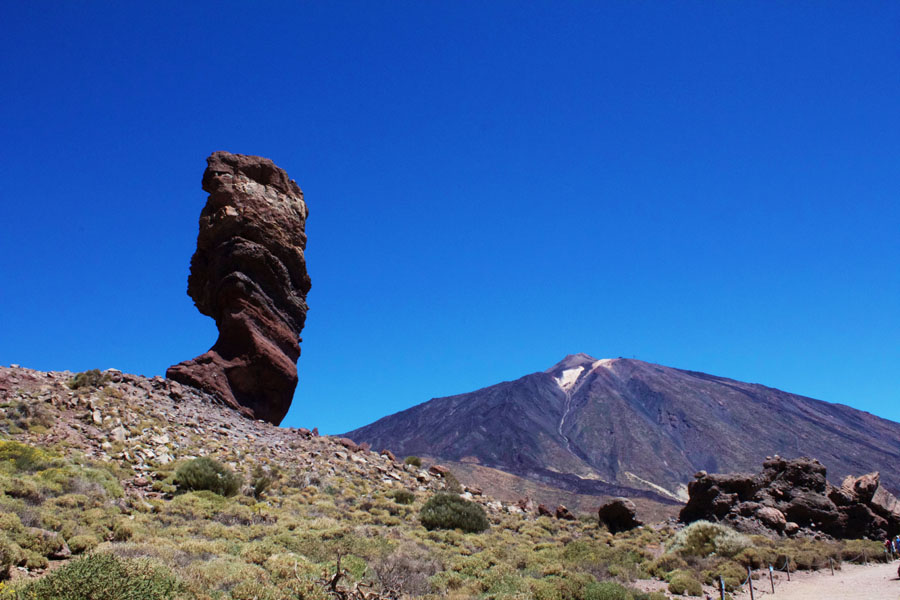 If you want to visit the actual top (meaning, beyond the upper station La Fortaleza), you need to get a special permit that you have to apply for several days in advance (to be done here or at the national park’s office). The permit itself is free, the reason behind is to limit the daily number of visitors to 150. To keep it clean, to keep it safe.

And if you still haven’t got enough …

More information on hiking Mount Teide and other good-to-know’s to be found here and here, also referring to more amazing hikes on Tenerife and the other Canary Islands.

Happen to be far from Europe? Then why not check out these Top 50 Long Distance Hiking Trails In The US for example. Next to all basic information it is a fun read that’ll get you into adventure mode in no time!

Oh, and last but not least: life-long gratefulness and honor to my amazing parents for some of these pictures! 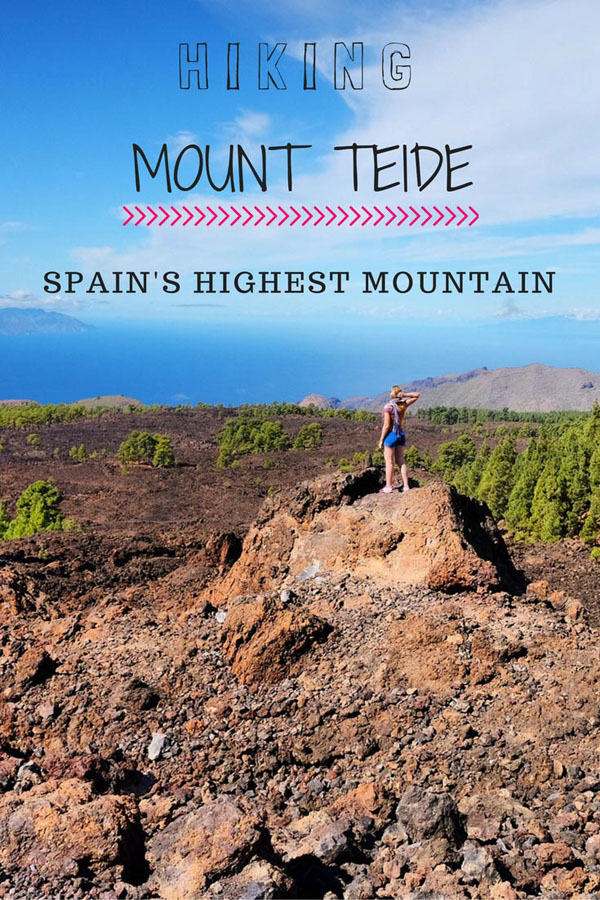 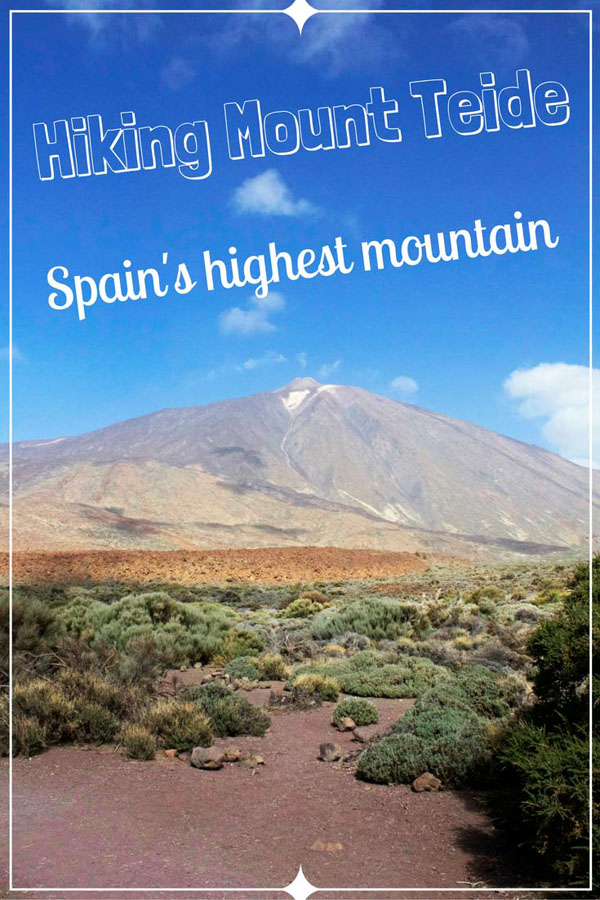 On November 25, 2016 • By Christina
46
Previous Post Traveling Long-Term is not just Coconuts and Jam Sessions
Next Post Things To Do in Jerusalem - Discover The Holy City