It was a long, hot day, so typical for South India this time of year. By the time the sun rose over the palm trees and the pink roofs of the Ashram, hundreds of people were already roaming the small dusty roads on their way to breakfast, coming together for the morning chanting and meditation, or participating in the Vedic fire ceremony. There were young teachers on their winter holidays, traveling couples seeking deeper meaning in their relationship, parents with their children refraining from conventional family getaways. But most of all, there were individuals from all walks of life, each on their own journey. 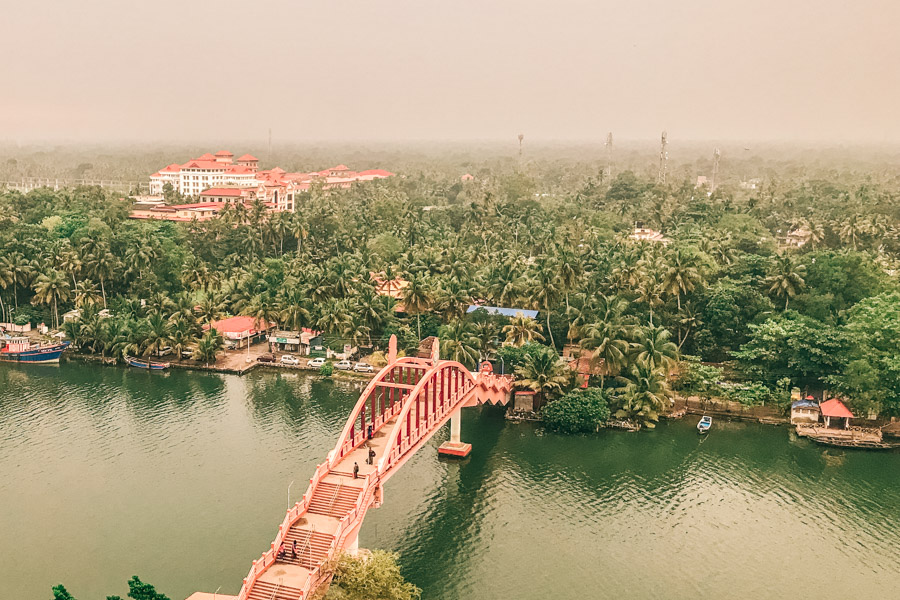 In the early hours of that day, I had sat in exactly this kind of group of answer-seekers, life-questioners, of doubters and explorers. We all were in our late 20s and early 30s, traveling through India by ourselves for a while. Somewhere between education, jobs, careers, family, somewhere looking for a way out, an alternative. The fresh chai tea was steaming between our hands as we talked about our deeper thoughts, fascinatingly quickly passing the regular small-talk we might have led in another setting.

I was supposed to leave shortly after this and continue my journey south towards the local backpacker-mecca Varkala, however something had me extend my stay for another day. It turned out to be a quiet day that I spent in solitude, reading, reflecting, meditating. This kind of quietness we barely get in our busy everyday lives, where happy hours chase business lunches, where notifications of two or three or four different platforms constantly pop up, playing a sickening game of winning our attention. Instead, I listened to sounds otherwise overheard, thoughts otherwise ignored, I was mindful, I was peaceful. 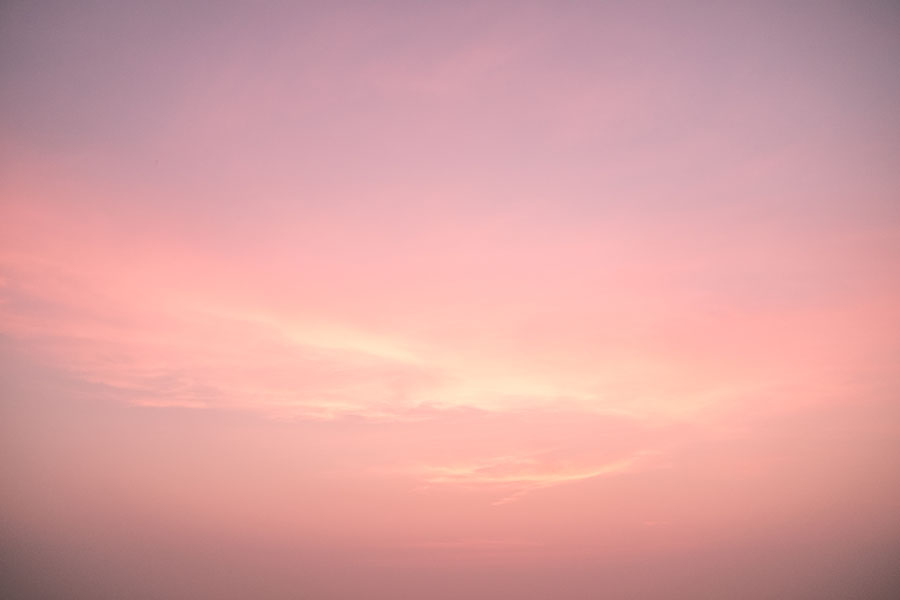 With that mood, I went to bed early, packing the little things I had in order to leave effortlessly the next morning. Just when I was about to turn off my phone after having set my alarm, I got a text from Benzi, one of the guys from the morning. He spoke about a funeral in the Ashram, and that everyone was free to attend. Confused, sleepy, but increasingly curious, I dressed and went to meet him outside of my building.

A supervisor has told him that one of the Ashram’s elderly residents had passed away naturally, and has invited us to follow the ceremony. Together, we walked to an open space beside the main hall, where a small assembly of residents closest to the deceased was seated in two rows of lined-up chairs. The body was prominently placed on a table in front of them, covered in white linen, except for the head and chest. It was completely and utterly quiet. More and more people gathered, until we were about 50 or 60 maybe, all sitting down on the floor, men and women separated. The air was filled with incense and the sweet scent of the white petals surrounding the table in the center.

After a while, someone started singing a slow, melancholic version of “Om Namah Shivaya”, one of the most popular Hindu mantras dedicated to Lord Shiva, very simplified translating into “I bow to Shiva”, or “to the inner self”. Everyone joined the chanting that went on for at least fifteen minutes, creating a very powerful, almost sacred atmosphere. It was eerie, and yet incredibly beautiful. Pure. Nobody cried.

The chanting continued, when one after the other, the seated people in front stood up and passed the body, each leaving a few more petals by his side. It looked like a form of farewell, but even more like a form of giving something to take along.

Eventually, most of the crowd dissolved while a small procession formed, starting to carry the now completely linen-covered body towards the ocean. The two, three Westerners of us, obviously not relatives, were standing out, but an earnest look signaled it was okay for us to follow. Until the very end, the ceremony was accompanied by quiet chanting, not a single other word was being uttered. We slowly walked to the beach, where a funeral pyre was already awaiting us. Carefully being placed onto it, the body was then covered by more wood, by leaves and bamboo, by different oils and substances that would later decrease the strong odours. 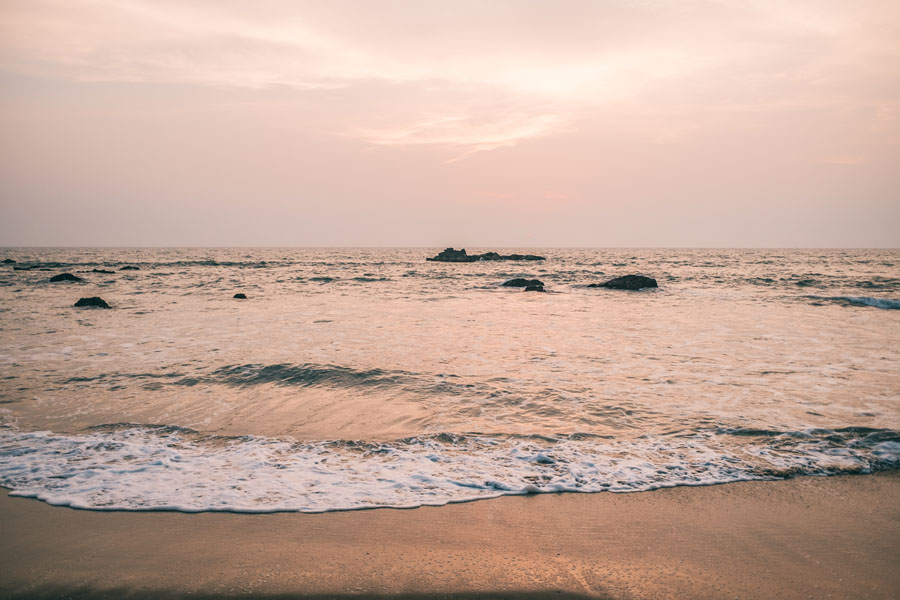 Before being set fire to, the pyre was dashed with coconut water. This was the final act of worshipping God, as according to the Hindu Bhagavad Gita, He should only be offered fruits, flowers and water not previously used. But water, from wells, lakes or even the tap, already went through many organisms and beings – thus, the purest water available is that of a coconut.

We all stood around the flames, watching as they licked higher and higher into the night’s sky. The chanting ceased at last, and all we heard was the crackling fire and the breaking waves nearby. Still, there were no tears, there were no words. Glances were exchanged, faint smiles were given.

And in that moment, I realized a fundamental truth about this experience, that was going to stick with me, and resonate within me, for a long time. This funeral was not about soothing who was left behind, as I had experienced it growing up in Germany. It was rather about honoring and appreciating the life that has ended. Well, ended in this world maybe. And with benignity sent onwards, wherever one believes that is. Here, death did not primarily mean sorrow for the living, but the continuation of a journey for the deceased.

In the meantime, the heat of the day was gone, farewelled by a fresh breeze picking up from the ocean. But a warm feeling of communion remained. One that did not need any further word, while we silently dispersed into the night. 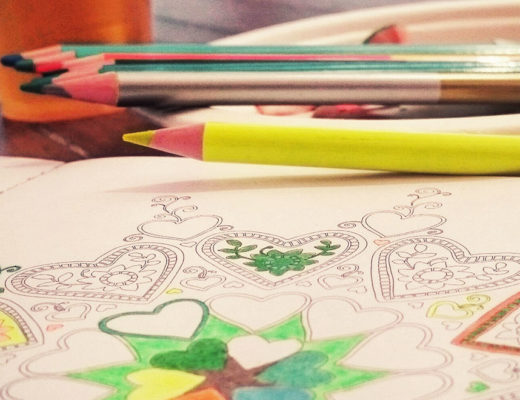 The Thrill Of A Blank Page 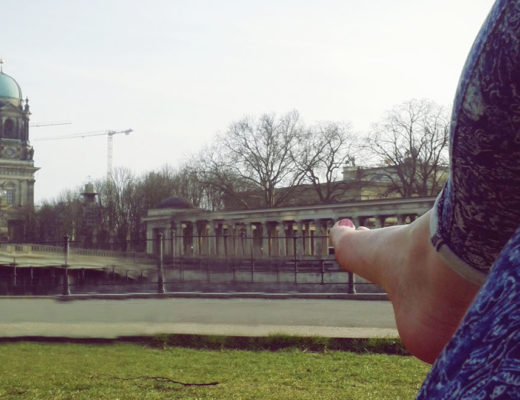 About Presence And Enjoyment

November 25, 2015
Previous Post The Art of Writing For Yourself
Next Post On Minimalism, Or How Getting Rid Of Things Makes Me Feel Richer